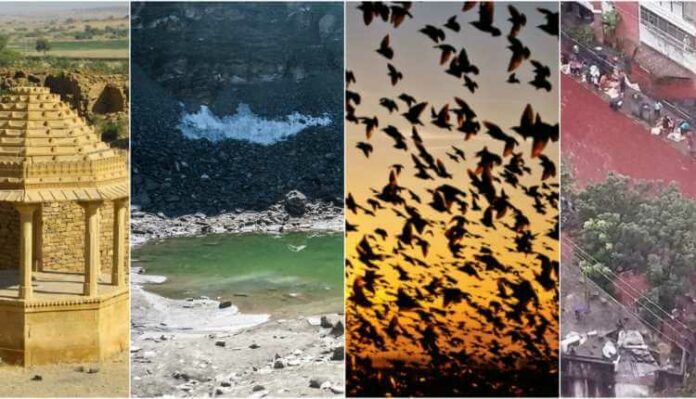 Ever wonder to experience and explore mysterious places? Did you only travel to know about tourist destinations? If yes, then this article is for you. Find out 20 mysterious bu unexplored or little-explored places in India which you can add as your next travel destination and the places are in various states of India, so start exploring the one located near to you.

The Top 20 Mysterious and Unexplored places to Visit Across India, are as follows:

1. The hanging pillar in Andhra Pradesh 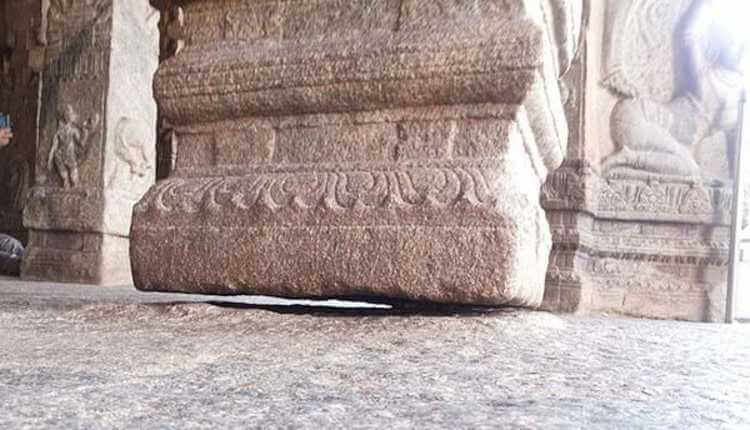 The mysterious pillar, popularly known as ‘ floating pillar’ in Andhra Pradesh, is made with stones in the Vijayanagar style. In a temple of Lord Shiva, among the 70s, only one is extraordinary and does not touch the earth. The belief is that, if anyone passes a piece of cloth or paper between the gap of the pillar and ground, it brings prosperity and happiness. This natural mystery draws lots of visitors each year to visit the site.

2. The village of twins in Kerala 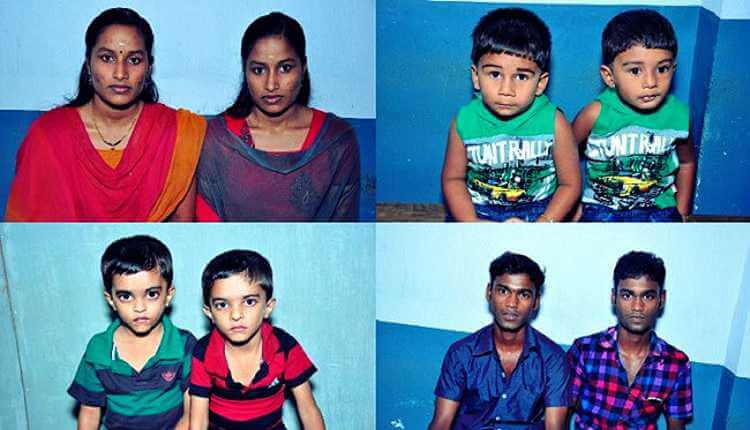 The village, Kodinhi, just 35 km south to Calicut of Kerala is famous for a large number of twins births reported regularly. Therefore, the place is known as the ‘village of twins’. If any woman does marry outsiders also gives birth to twins or triplets or multiple births. The village is full of more than 200 pairs of twins as a residence. According to doctors, the chemical bonding of water in that region and the weather make the village extraordinary than the other ordinary one. 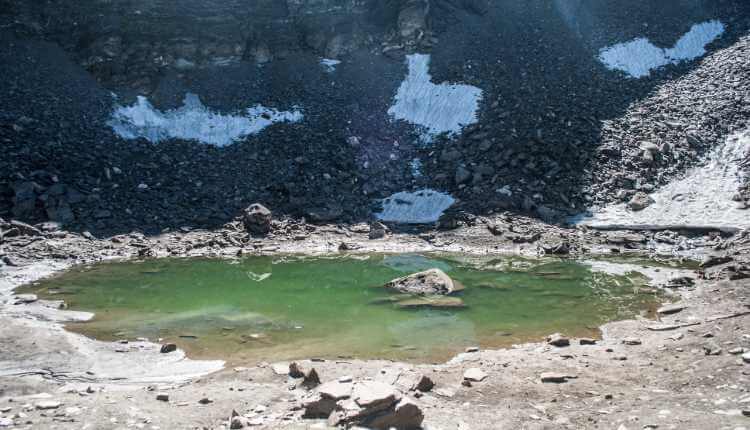 The lake, situated as an elevation of approx. 17000 ft. Where so many human skeletons are seen to flow, the history behind this mystery says that, in the 15th century, the king, Jasdhaval, and his pregnant queen of Kanauj and a group of servants were going on a pilgrimage towards Nanda Devi temple for worshipping. They were caught in a terrible hailstorm, and the entire group was being plunged into the lake and died. The skeletons are the leftover of the king and his entire group consisting of 200 people approx. 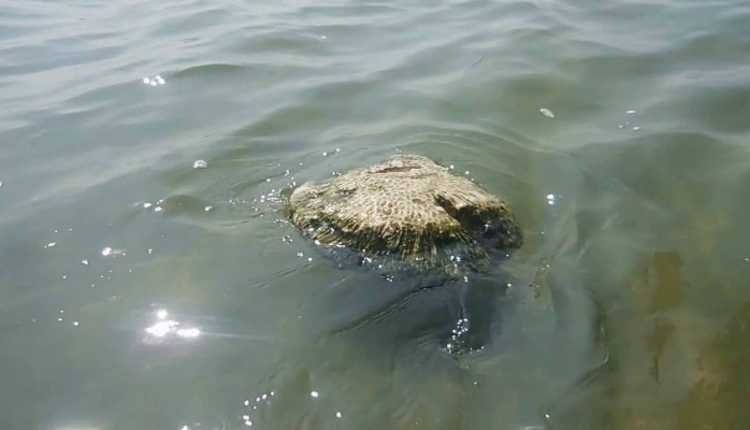 Floating stone of Rameshwaram full of the Hindu mythologies, so according to the Ramayana, Lord Rama’s ‘Vanar Sena’ built a bridge of stones, expanded up to Sri-lanka. Those stones can float in water instead of immense when the name of Lord Rama was scribbled on it. This uncommon incident makes the common spot a mysterious tourist spot in India. 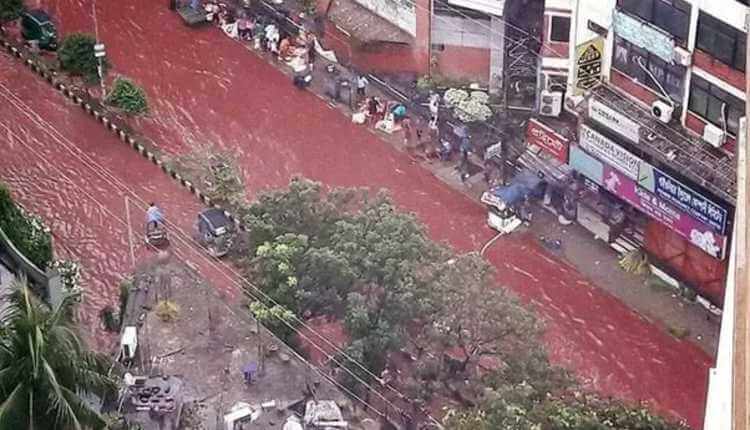 In Idukki of Kerala where the rain of red colour happened on 25th July 2001 for the first time and would be continuous up to 23rd September in that year since the two months instantly. The mystery behind the incident is that when someone collects the blood-coloured rainwater, it then completely turned into clean water and the red particles settled down at the bottom. According to the scientists, the pH level of the rain was neutral, and it contained large amounts of minerals like nickel, manganese, titanium, chromium, and copper and the formation of red particles was nothing but the carbon and oxygen with small amounts of iron and silicon mostly. 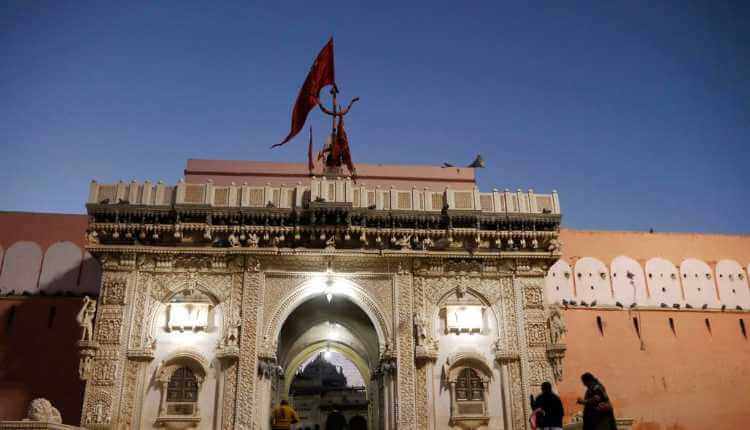 Temple of Karni Mata, a very powerful one, is situated actually in Bikaner of Rajasthan. The main attraction is that approx 20,000 rats are running here and there in the shrine. But no one allows us to kill or hurt them. This is the actual mystery of this place. The belief of re-birth is still continued here. The conventional belief is if one rat dies, it will take the re-birth of a human again. According to the myth, the Goddess, Karni Mata belongs to the Charin Clan demanding relatives of rats. Karni Mata had died she took re-birth as a rat of this temple. So this mystery always draws a huge number of devotees in this shrine. 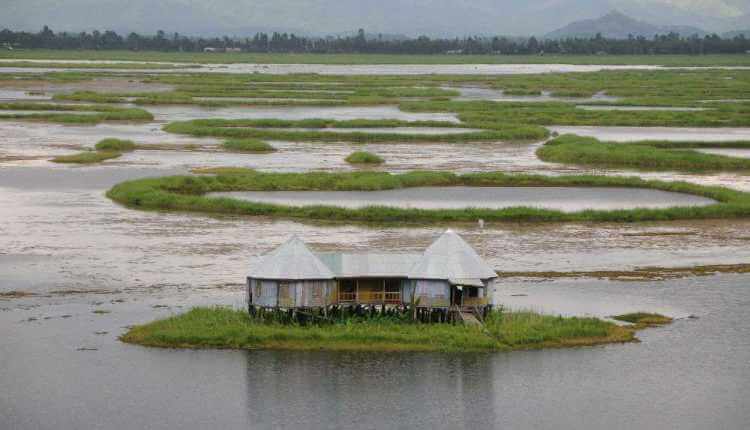 You will be speechless to see nature’s creation in Loktak lake of Manipur, the largest freshwater lake. So the mystery is that a huge number of green islands floating on the surface of the lake. The floating islands locally called ‘Phumdis’ are perfectly round in shape. Some of them are so giant so that several resorts have been constructed over there and be the tourist spot for its natural beauty. According to scientists, the combination of organic particles, soil components, and some of the vegetation creates such amazing beauty. During the summer season, when the level of water goes down, the living roots of the islands can reach the lakeside and absorbed the minerals. 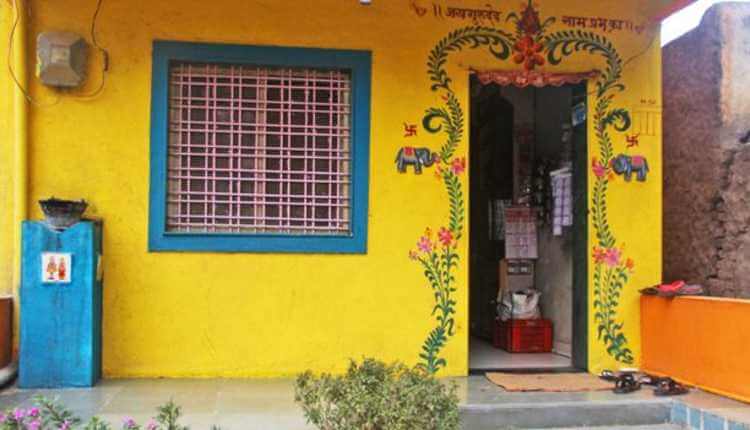 You must be surprised to visit a door-deprived village in Ahmednagar, district of Maharashtra. The mystery is that neither houses nor commercial buildings have a door or even a door frame and shops remain to unlock since the ages. So the place is popularly known as ‘door-deprived village’. Even there is no theft-case, or any criminal activities are recorded until this time. It happens because of undying faith in the divinity of Lord Shani, considered as the holy guardian of the village. It is believed that if anyone does crime in that place, the supreme power will punish (like blindness) that person as early as possible. They use only a small curtain for maintaining the privacy of women.

9. Kongka La Pass in Ladakh and its UFO activities 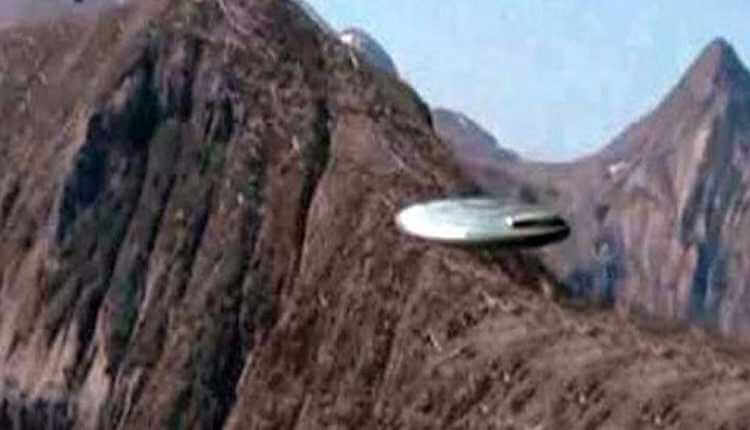 Kongka La Pass, one of the slightest entrance points in India, is situated at an altitude of 16,970 feet (5171 meters) is mentioned as the hometown of aliens. The mystery is observing the sign of unidentified flying objects (UFOs) or extraterrestrial objects’ existence in the midpoint of India and China. As a consequence, the curiosity to know about the other life has made this area quite mysterious. According to today’s situation, it may be possible that the Chinese army has implemented modern technology similarly to UFOs for gathering valuable information about our army and country both. But it’s till now in doubt. The actual research is going on. 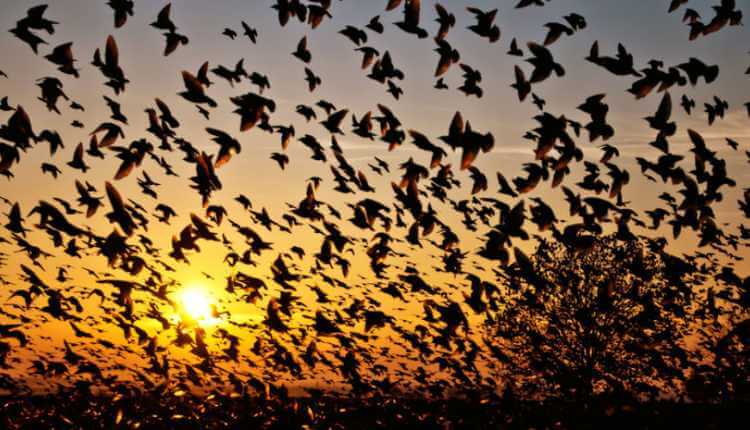 In India, there is a mysterious place where birds commit suicide is in Assam. The hill station named Jatinga is famous for committing suicide of birds during certain weeks of the year especially between 6 p.m. to 9:30 p.m. in the dark during the foggy and monsoon climate, especially in September and October. According to ornithologists, the reason may be that the dense fog and high altitude deprive the birds of their path, and they supposed to crash with trees and buildings and end their lives. 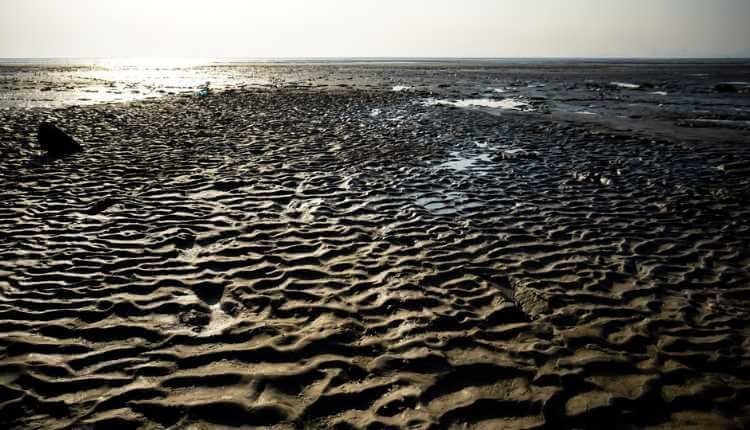 The black sand beach of Surat is famous for paranormal activities like ghost’s whisper. If anyone is roaming on the beach, he must listen whispering of others. But turning back there is not even a single living element present there. The local people also give information on the disappearing of common people, and that makes the place too mysterious. In ancient times, the place was a burial ground of Hindus, and the beach is situated on the ground. So some paranormal activities are continuing if there are any common people on the beach after the sunset.

12. The Levitating Stone Of Shivapur, Maharashtra 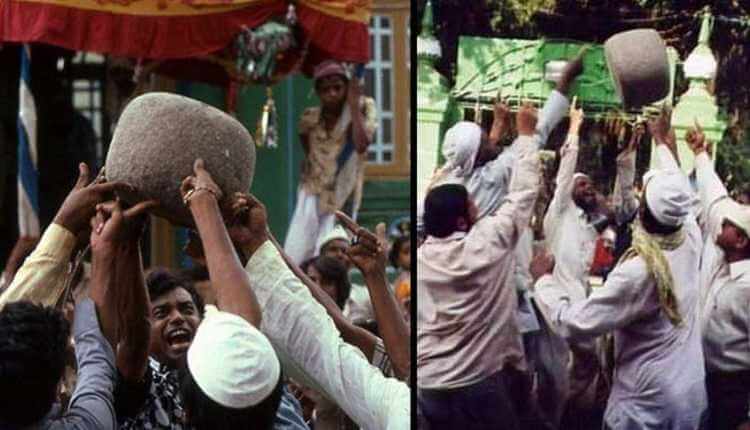 A controversial miracle is still going for the place named, Shivapur being the mystery of ‘levitating stone’. The special attraction is a rock of 70 kgs but only lifted by one means. The conventional word is that only eleven people must gather near the rock for lifting purposes. They should touch it with their forefingers, and loudly call out the name of the saint who placed a curse on it. By doing this, the stone rises in the air magically. Theoretically, Qaman Ali, a Sufi saint, placed a curse on this stone being used for bodybuilding about so many years back. 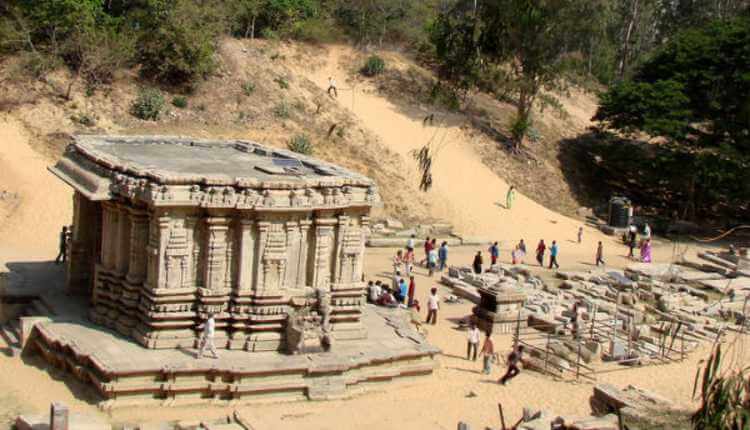 A mini dessert filled with sand, you can find the mystery of mini dessert in Talakuru, Karnataka. The village, Chamarajanagar, surrounded by greeneries and water, is full of sands. So this mini dessert attracts lots of tourists and devotees since the ages. There were 30 temples at a time, but now you can find only five ‘Lingams’ of Lord Shiva representing the five faces of the lord. The history and myth say that a widowed devotee probably Rani Alamelamma had cursed the land and the place named Talakadu converted into the strange dessert.

14. The magnetized hill of Leh, Ladakh 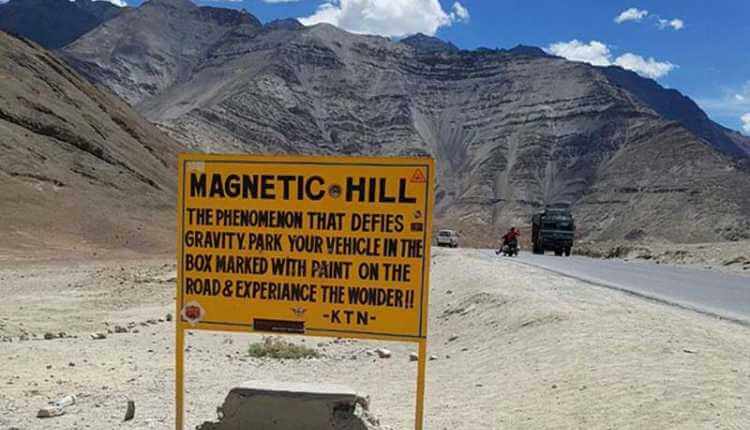 According to the magnetization principle, the attraction of two items is possible in the presence of the magnetic field; this principle is followed by the hill with fascinating features in Leh of Ladakh. This mysterious hill may attract all the downwards vehicles to the opposite direction of gravitational force. There must be an optical illusion is created due to the concept of the magnetic features of the hill. This is a mysterious tourist spot in India. 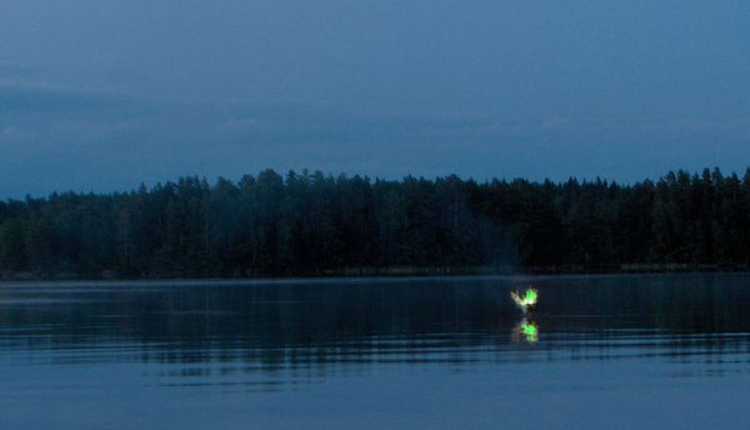 You can observe a sparkling ball of colourful lights emerge in the dark spooky forest mid of West Bengal and Bangladesh. These unnatural lights considered ghost lights and popularly known as Aleya or jack-o-lantern. This mystery of the damp regions has caused many deaths too. This mysterious illumination happens for the ionization of methane and some organics presenting in the air, but this Aleya makes the place strange since the ages.

16. The snake family in a village, Maharashtra 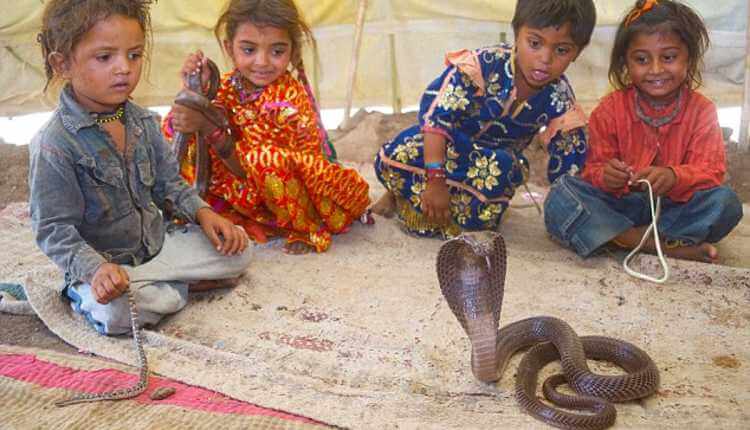 If you go to Sethpal, a sleepy village near Sholapur district, about 200 km from Pune, Maharashtra, where you can see cobra snakes are worshipped daily in every home in this village, and they slither in every door to door, classroom and even shops during the busy hours. But the mystery is that the varieties of snakes are so friendly that no biting of snakes is reported till now. So they are considered as domestic lives in this village. 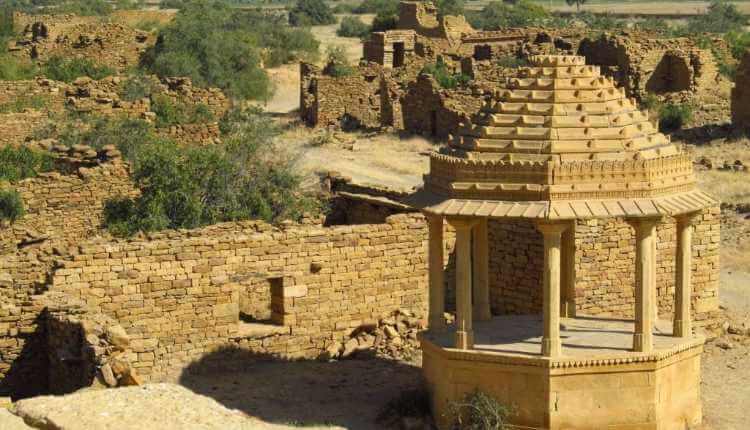 It’s about two centuries before, over 1500 Paliwal Brahmins had made a village, but that particular community had vanished overnight. Suppose anybody dares to settle there, till now he or she has chased away by paranormal activities. So this place becomes too mysterious to visit. The story behind the mystery is the inhabitants of Kuldhara left a curse on the village, and the village turned into barren land. 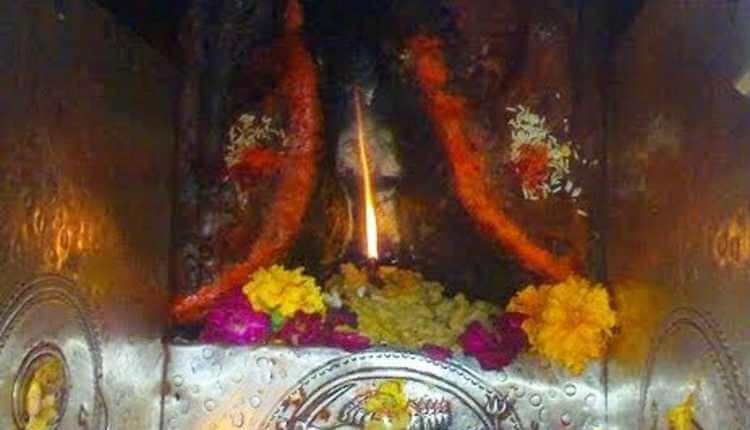 Jwalaji temple is different from the other shrines in India because the fire is burning since the ages immemorial and is still burning naturally. Science exposes the reason behind the eternal flame is that there is the presence of natural gas primarily methane gas around the hollowed stone inside the temple and this gas always holds flame continuously over the 100 years back. This gives the place a real mystery. 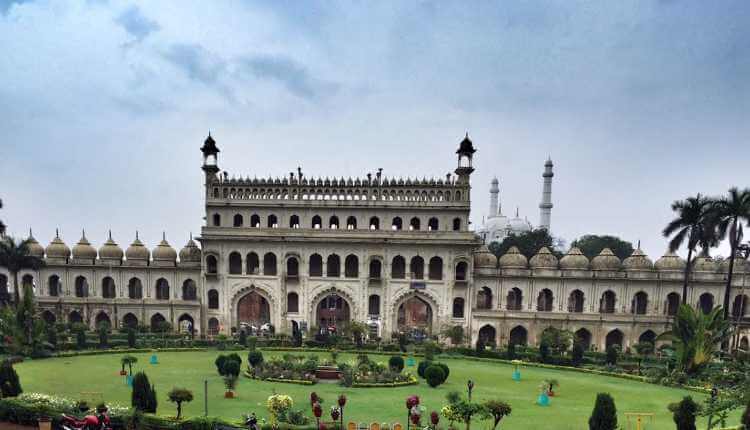 In the 18th century, a fantastic creation was built depending upon the science friction of gravitational force; this admirable tourist spot, Bara Imambara, fetched together an Arabic and European structural radiance. With a stretch of 50 meters in length and 15 meters in width, the enormous arched hall of this monument is there without any pillars or beams supporting it. 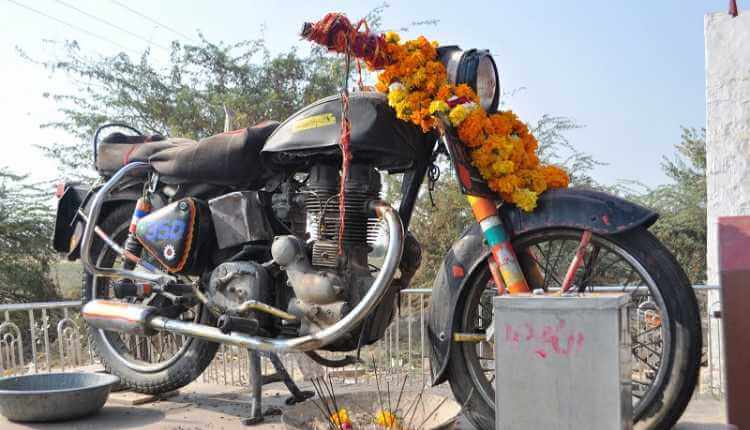 One of the mysterious shrines in India is the temple of Bullet Baba, previously named as Om Banna. It’s quite impressive. In Bandai, Rajasthan, a conventional belief is that, to worship a motorcycle that will protect any traveller from the accident. So the local people used to worship the motorcycle instead of usual figurines of Gods. The history behind the mystery is over two decades ago, a 21-years old young man, Om Singh Rathore met with a fatal accident on the highway. Though the police were seized his motorcycle and took in the local police station, the next morning the bike was found to the accident spot. The legend began on that day.

So if you go to these places where you can find the mystery created by nature and that can make you spellbound. So let’s go-to adventure taking a break of your life.