Why Don’t Young People Choose to Stay in India and Become “Self-reliant”? 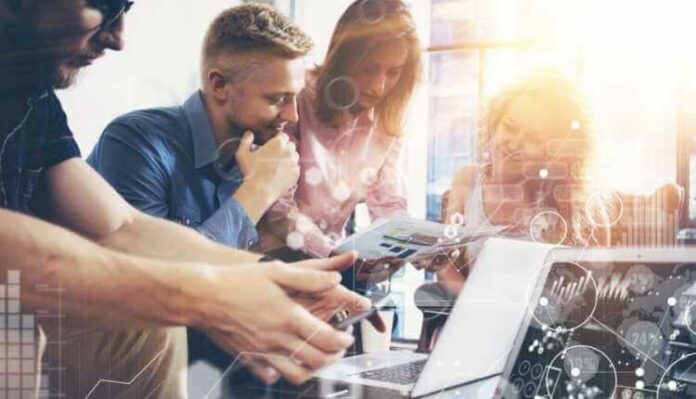 We do not need slogans to prevent ‘brain drain’, rather we need a road map! With US President Donald Trump ordering India not to issue H-1B visas until next December, the future of more than 1,86,000 Indian aspirants has been thrown into the sea with uncertainty. Not only India but also the top 20 tech companies in the US, including Google, Amazon, Facebook, Apple, and Cisco, have called Trump’s decision as deadly as an axe to the US economy and identity.

Without India’s skilled and qualified young IT and commuter engineers, the US and Indian companies operating in the US cannot function. The United States is one of the world’s largest educational institutions, offering degrees and especially master’s degrees in engineering to students around the world. This includes the world’s best universities from Harvard to California University and many others. According to US-based journalist Chidananda Rajghatta, one million students from around the world get master’s degrees, and two lakh students get PhDs in the US every year. By the year 2000, there were one crore master’s degree holders up to the age of twenty-five, which has doubled in the next 20 years. At present this figure is 2.1 crore. Forty-five lakhs in this age group have a PhD. Of these, 58% are Asians. Of these Asians, 21 per cent are Indians, and 10 per cent are Chinese. Sixty per cent of the Nobel Prizes won by the United States after 1970 are foreign-born citizens who have acquired U.S. citizenship.

Also, read How is Atmanirbhar Bharat App Innovation Challenge the next big step?

However, the H-1 visa holder is like a bird reminiscent of the Uttarayan festival, which flies high, but the sharp string of kites flying in the sky cuts off the legs or neck at any time and throws blood on the ground. This is why clever young engineers have reached such heights that the kite’s strings in the celestial sphere cannot move or reach.

Donald Trump is a cheerleader flying a kite with a string of glass pieces for H1 visa aspiring students or jobs. Under the guise of ‘America First’, technocrats and Mexican workers from India, China, Europe, and other countries working in the US are responsible for fooling the citizens and unemployment of locals, hiding their failures, he said.

Trump’s message has been that young people from other countries are not motivated by the booming jobs or long-term residency in the United States. Unemployment was rampant in the United States, but after Corona, it has become a historical dilemma. Trump has played the H-1 visa again when his graph has gone down. As a result of Trump’s current order, the 2,37,839 H1B visas, 41,523 L visas, and 1,143 visas that were supposed to be processed in April 2020 have now gone awry. All these files were submitted by April this year. Out of all the files, 68% are Indian talented master degree holders. Trump knows that even in this election, America’s top companies have been against his policies in the first place, regardless of their votes. So, to persuade the locals, he had decided to make these decisions irrespective of the prospect of the United States. Even so, Trump is an eccentric and cynical leader. Foresight is not at all. He has publicly stated that ‘I love poorly educated Americans.

The bottom line is that American companies do not get skilled American engineers, so they have to hire master’s degree holders from India or China. American companies are almost paralyzed without H-1 visa holders. Companies do not do charity by hiring H-1 visa holders. Companies have repeatedly petitioned Trump with a collective signature to make him aware of this fact, but the whip of the Trump H-1 visa is also being whipped and pulled.

There has also been a widespread retrenchment of those currently employed following the Corona crisis. Under such circumstances, our brilliant youth suffocate in America. They are afraid of having to return to India. Nonimmigrants can experience the pain of ‘We Can’t Breathe’ like that black George Floyd.

Now let’s look at the ground reality of India. As our promising students and engineers in the United States find it challenging to keep pace with progress, their focus is on Canada. Thousands of engineers have shifted there, and as many others are moving forward in the process. American companies are also expanding their branches in Canada to take advantage of India’s brilliant youth. Except for Canada’s cold icy weather, it looks like the US states. Of course, the power and zest of Silicon Valley, Palo Alto, Harvard, Stanford, and Berkeley is not possible in Canada. Also, it is a different level of feeling when one lives in the birthplace of more than 100 pioneers of different technologies of the world like Google, Apple, Facebook, Microsoft, Amazon, Cisco, Dell, Oracle, HP, Tesla, Disney, and Hollywood. But Trump’s uncle is sitting with a stick in his hand!

Apart from Canada, Indian Talent has to go to Australia and New Zealand to get a job and settle down. Mechanical and IC branch degree holders are looking to settle in Germany and Abu Dhabi or Dubai. The mentality of going anywhere but leaving India has taken root in the younger generation. So, this is not a new ideology, but every year this trend is gaining momentum, and also, it raises concerns for India’s progress. In this way, the internal economic status and social standard of living of the dream countries of the world, America, Britain, France, Germany, or the Emirate, which are considered to be the best in the world, is now becoming perhaps more frightening than in India. The only reason behind America’s identity and becoming a superpower has been that there are talents from all walks of life that can thrive creatively. America is considered the ‘melting point’ of the world and the ‘country of immigrants’.

But under Trump’s leadership, for the first time in history, Americans have sown the seeds of animosity for citizens of other countries living there. Even if Trump does not become president again, it will be poison as the Indians have progressed. Within a few years, Indian youth had their own homes and posh cars. Indians have fun in restaurants. The family practice of Indians is also prominent. Americans are jealous of this. Indians also have to be vigilant in the years to come in terms of security and hate. On the other hand, the distinction between whites and blacks will become even more explosive.

Citizens are angry and distrustful of America’s police system. Trump has also gifted the police system with a blatant culture. Unemployment, the gun culture will still pose a challenge in America. Terrorism and anti-social elements are rampant in Britain as well. The plight of European countries is pitiable. Compared to the future of the dream countries of America and the world, India is now advancing in terms of standard of living, global flow, market, and economic progress. There are also high-paying job opportunities for those who have the skills and degrees.

Family, society, and our culture and festivals are fun ore. Those who have money can only adopt the materialistic lifestyle of western countries. It is not that talented Indians living in America do not know this. They just miss it all.

However, if the Modi government dreams of making India a world leader, then there is a need to focus on why there are such heterogeneous challenges abroad and why the youth of India is thinking of settling in the US, Canada, Australia, and other countries even if Trump’s randomness prevails in the US. The dollar or the pound is not the only reason for many times the rupee. In the US, spending in dollars is also expensive. On the contrary, they spend a dollar against the fun with which we spend Rupees in India!

Modi calls on Indians to be ‘self-reliant’ but talented people who can truly make the country one of the top countries, become ‘self-reliant’ but by settling abroad. When it comes to ‘brain drain’, the outspoken youth sarcastically say, ‘In India, begging is done instead of system, bureaucracy, bribery, and self-respect. We have an environment and mindset where our brain flows into a drain in India. ‘The government should create a data bank of talented youth and contact them directly to know that you can pay as much as you ask, but if you make a change in India, tell us not to go abroad.

Opinions of students of each university can be taken. As the company seeks to retain its noble employees, the government, the education department, and Indian companies should form a committee to try to figure out the conditions and environment under which the country’s intellectual property should remain in India.

How can India make progress in the age of technology if the Talent is not to remain in India? Even if we boycott Chinese products, what is the answer to take Indian products in return?

These same Indians have shone in America, Britain, or abroad. If they run the world’s top companies, why is it not possible in India. The government should invite all intellectuals to start a national debate. There should be ‘brainstorming’ on the subject of ‘brain drain’.

The Prime Minister of India has a slogan. He knows how to allocate lakhs of crores of rupees, but the implementation and result-oriented conversion is not seen to that extent. What is the work culture of US and foreign companies and government, bureaucracy system? Why is there an atmosphere of creation abroad? These are all subtle things. It has to be caught. The Modi government currently has an excellent opportunity. Many Indians want to return home as immigrants after Trump’s policy, the piles of corpses seen in Corona, and the plight of civilians, as well as the turbulent atmosphere after the black movement.

Although the situation of the Indians in Silicon Valley is better there, their number is less. Still, the mentality of such repatriation is higher where the population of Corona and the black population is more. The government and companies should immediately contact and invite all the talented people who are about to be hit by visas this year and have to come to India in despair to get involved in India’s development.

‘Desh Badlana hai’…but how? The government has to show road map to Indian Talent on how to become self-reliant by staying in India itself instead of the dream of self-reliant!