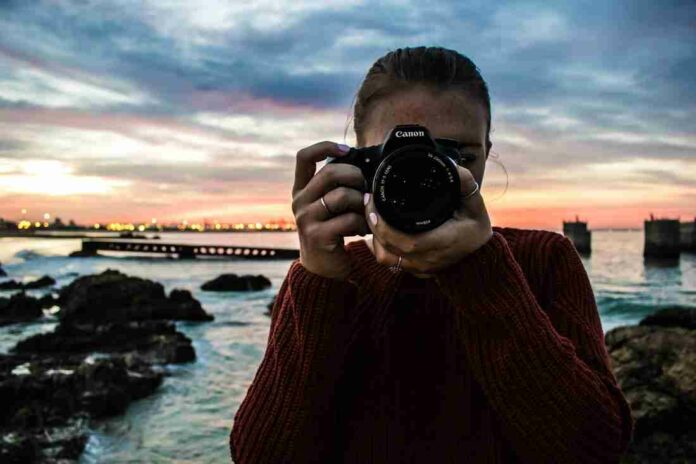 Ever since its invention more than 180 years ago, photography as a means of permanently recording images had changed little till digital photography made its appearance in the late 1980s. Conventional photography involves three basic components- camera, film and chemical processing. You load the film in the camera, shoot, and after exposing the entire film roll send it for processing to studio or photo lab.

All that has changed now with the coming of digital camera. It has revolutionised and changed the way people use to create and share the photographs. With the digital camera you can see the result almost instantly after you click the shutter. And if not satisfied the same shot can be taken again, since you don’t use any film so nothing is wasted. Apart from this images can be edited and quality of picture can be enhanced on your computer. Remarkable improvements are possible even the worst exposed digital images.

Let us discuss some features of digital camera which make digital photography so amazing and different from the conventional one.

A digital camera lens focuses the image on a solid state semiconductor device known as “image sensor” which is capable of storing light electronically. An image sensor is generally a charge coupled device (CCD) which records the images as a pattern of “pixels”- the smallest units of any image.

Thus a digital camera basically captures a scene and converts it into pixel values of electric charge, which are further processed electronically to produce the image. These processed images are finally stored either in the internal memory of the camera or on a memory card that is inserted into a slot on the side of the camera. Unlike film, a memory card can be used again and again after formatting or deleting previously stored data.

In digital camera, however no chemical reaction is involved to produce the image as it is done electronically. Here the film is replaced by image sensors which are basically silicon chips like the ones you have in the CPU of your PC, mobile phones and other electronic gadgets.

The size image sensor is much small, usually not much bigger than your fingernail. The surface of an image sensor is made up of millions of extremely tiny photosensitive diodes, each of which captures a tiny fraction of entire image called a “picture element” or “pixel” in short.

Most digital cameras use CCD as the image sensor, another type of image sensor is also used in some digital cameras.  It is called Complimentary Metal Oxide Semiconductor (CMOS). Often CMOS sensors have additional circuitry for noise correction and digitalisation circuits. For this reason CMOS sensors tend to be larger and very recently were considered to be superior to CCDs and were mostly used in digital single lens reflex (DSLR) cameras.

We often see digital cameras ads with figures like “6 megapixels ” or 10 megapixels. What does this mega pixel mean? It is actually the number of pixels in the image sensor, which is a measure of the resolution of a digital image produced by the camera. A figure such as “10 megapixels ” (10MP) means that the image sensor of the camera is made up of 10 million pixels. It is obvious that more the number of pixels, higher the resolution of the image.

So a higher value of megapixels simply means that the images can be enlarged more without breaking up into individual pixels.

Fortunately, digital cameras are among the most user friendly electronic gadgets available today. A digital camera is a sophisticated gadget that is entirely controlled electronically, but its entire functioning is menu based which makes it easy for even beginners to master the controls fast.

In most digital cameras almost everything is in the “auto” mode and one has to just aim and shoot. These cameras also come with a “macro” mode which is very convenient for taking fantastic close up shots of small objects such as flowers from a distance as close as one centimetre.

An exciting development in digital photography in the past few years has been the provision of ”image stabilisation “, which addresses one of the common causes of blurred photographs due to camera shake. Most cameras now come with image stabilisation, anti shake or vibration reduction features to counteract camera shake, which can otherwise ruin a good shot.

In addition to landscape and macro settings, most of these cameras also come with scene mode which provides upto 20 options for shooting in any situation.  The options include landscape, close up, sport, night portrait, night landscape, candlelight, snow, beach, fireworks, children, panning shot, sunset and many others. For each mode there are camera pre-settings that allow you to take perfect pictures without worrying about the aperture and shutter settings.

Some of these cameras have a “panorama” settings for producing beautiful panoramas of scenic places from multiple images.

Unlike films used in conventional cameras, the memory card is one time purchase, and can be used over and over. After you snap the pictures and transfer them to your computer, the memory card is ready to be used for new photos. In addition they are more durable than films and they are not even harmed by airport X-ray scanners.

There are about eight different types of memory cards in use by different cameras, so make sure what type of memory card your camera uses before buying the one. It is also advisable to carry an extra memory card when you are going on a vacation so that you never run short of storage space for your images.

The best part of digital photography is the ease with which the photos can be stored and shared. No need to have those bulky albums. No danger of photos getting discoloured with age. You can save them on your PC hard disc and view them anytime or transfer them to CD for safe storage and later viewing.  You can send images to your friends and family through e-mail without worrying about loss or damage in transit.

There is also software supplied with camera which can be used for editing digital images, one of the most versatile software for editing is Adobe Photoshop which allows wide range of manipulations including brightness, contrast, and colour correction, image sharpening, hue and saturation adjustment and many other options to enhance and modify images.