5 Fun movies to watch and get into the Christmas Spring 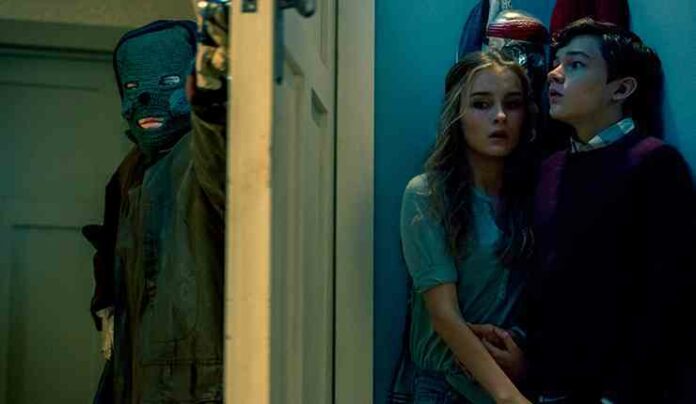 The 5 Fun movies to watch and get into the Christmas Spring are: 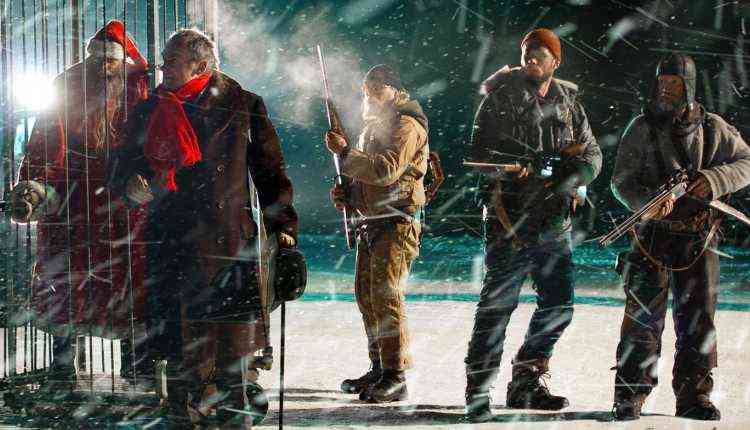 The story is set in Finland (not a surprise since the movie is Finnish) were those who never believed in Santa Claus started to believe in him. Especially after he is unearthed in an archaeological dig. Soon, kids in the area begin to disappear. A boy and his father start the search for the Santa and sell him off to the corporations who sponsored the digging. But the elves are determined to free their leader. And needless to say, they will do anything.

If you want to watch something thought-provoking or profound, skip this movie. If you want to keep your eyes fixed to the screen while holding a pillow close, nibbling on your fingers; this is it! The film is funny is a sort of dark way with elements of horror sprinkled in. It is not something that everyone would like but those who would love the masterpiece. It is merely original in its execution and has a good dose of dark humour, not seen in most Christmas movies. 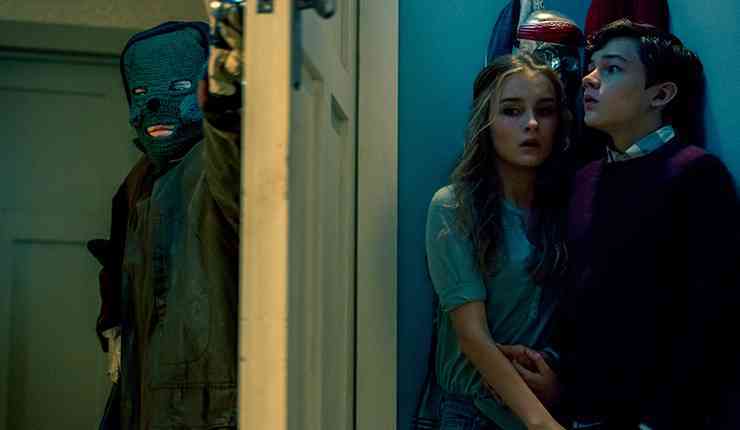 At first glance, Better Watch Out is like any other story about home invasion. Until it is not. Thus, developing into something more. Ashley is babysitting a twelve-year-old kid. What starts as a simple night soon takes a turn for the worse. Threatening calls ring throughout the house, telling them that if they go out, they will die. Ashley takes it upon herself to save Luke (the twelve-year-old kid she is babysitting) and herself after one of Luke’s friend ends up dead. But danger lurks far closer than she would suspect.

The movie Better Watch Out is not any home invasion story. It is difficult to describe the actual premise while being spoiler-free. It is, after all, a movie best watched without any spoilers. Anyway, the story is unpredictable and too disturbing for a Christmas movie. The lack of money or budget does not hamper the gem it is. From the acting, setting, writing to everything is top-notch. It might feel gimmicky to some, though. And the first half is like every other movie until bam! Plot twist! You might also be interested in the international TV series and drams, the best one we have already covered in Dramas To Watch For Girls During Night Out. 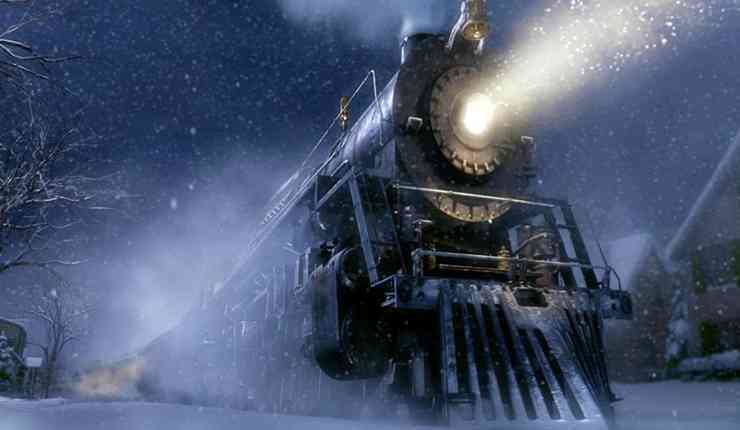 Ah, this movie is all Tom Hanks. Because the actor has played most of the roles [from the hero (that is the boy) to the father, conductor, hobo, scrooge and finally, Santa Claus). And then there is Leslie Zemeckis who plays the role of the little sister and the mother.

You might also be interested in the Top 10 Best Directors In The Last Three Decades In India.

The movie tells the tale of a boy and his adventure on a Christmas eve. He boards a magical train to the North pole, where Santa Claus, apparently resides. He thinks Santa Claus to be a farce created by the adults. When he boards the train, he is not just going to meet Santa Claus but also discover himself. With him are three other kids. A lonely boy, a girl and a know it all.

The film falls into the uncanny valley (uncomfortable feeling when a human looks at android or audiovisual stimulation meat to closely resemble a human). The details on the face are cool, but frequently, the facial expressions seem not to be there, are wooden or stiff and void. The scenes though from the train, cottage to the North Pole are plain gorgeous.

There are some parts of the story which you would expect them to expand upon. Only they do not. And it ends up lingering in your mind. Watch the story for your lost innocence and to celebrate your childhood. You would also end up wishing that a train like the polar express would come to a halt in front of your doorstep, too and give you a ride to the North Pole.

Also read, the Top 10 Bollywood And Hollywood Movies That Vibrated The Court Room.

4. How the Grinch Stole the Christmas 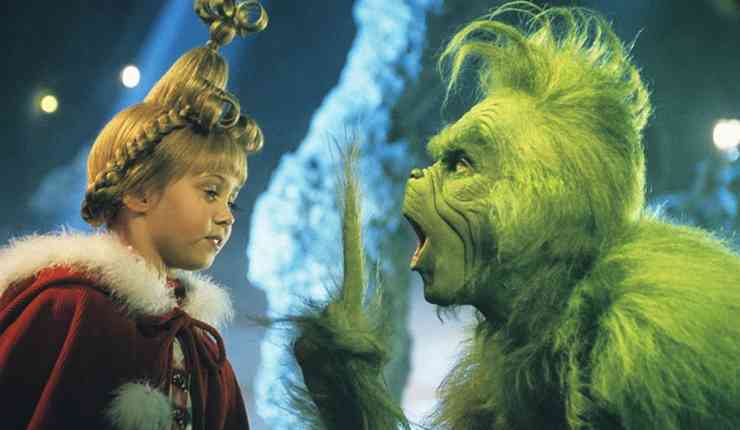 Inside a snowflake, lies a magical place called Whoville. The residents are known as Whos. And they love Christmas! Much to the annoyance of the Grinch, an outcast who lives at the outskirts of their little town. He is a nasty, green creature with lots of angst against Christmas. So much hatred exists in his heart that he can not see the Whos happy, celebrating Christmas and plans to sabotage their happiness, by stealing Christmas. In comes Cindy Lou Who, a little girl, who is precisely opposite of Grinch and personifies the joy that is Christmas. She wants to share it with him, too.

This movie is amazing. From the legendary Jim Carrey as the grinch to Taylor Momsen as Cindy Lou Who. The Whos as a mob is also plenty good. The sugary sweetness of the Whos and the bitterness of the Grinch give a balanced flavour to the movie. You understand Grinch’s cynicism. At the same time, you wish Cindy Lou Who would succeed in her quest to share her love for Christmas. The film is light-hearted, cheeky and funny. Jim Carrey carries the movie. He is a sight to behold as the grinch. It is difficult to take eyes off him. In what might have easily turned out to be overacting and extra, he somehow manages to make it heart rendering. Taylor Momsen’s performance also compliments him. And she is just so cute that you want to reach out to tell her it will be okay!

Here is the list of all genre movies to Watch during a girls-only sleepover. 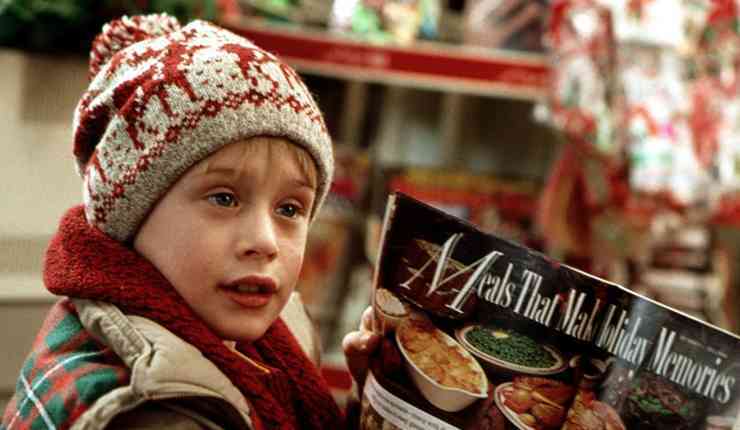 Home Alone was released in 1990 and still is renowned. It tells the story of a child who is left behind by his parents, not out of contempt or any other sort of evil, but by pure mistake. They planed to go to Paris and celebrate Christmas. Unfortunately, that was not to be. Kevin McCallister (the kid left behind), like most, love the idea of being alone in the house. Soon problem knocks on the door in the form of burglars. Though it soon turns out that the burglars are not as much of a challenge to Kevin as he is to them.

The movie is dumb, funny and cute with charming performances from all the characters. Especially Kevin and the two burglars, Harry Lyme and Marv Lyme. The characters are all very colourful and memorable. Kevin, with his various inventions, Harry, with his tempered nature and Marv with his stupidity. It is a given there are certain scenes which are now reduced to cliche tropes, but the movie works because of them as well as despite them. The first half of the film might feel a little dull.

Soon the pace picks up, leaving you with a stomach hurting because of too much laughter. You do have to suspend some disbelief (the traps are not something just any kid could devise, even if he is the next Einstein because money is a thing. Even Kevin should not be able to afford these traps) (another thing being the laws of physics). As an entertaining, family movie, watch with the whole family alongside buckets of popcorn and food. It is an excellent opportunity for some family bonding.