Top 10 Bollywood and Hollywood Movies that vibrated the Court Room

Fracture is more of an investigation type film than a court room based film, even if the main plot happening in court. This movie lead starred by Academy award winner Anthony Hopkins and two  time Oscar nominee Ryan Gosling. This is a crime thriller movie where the Anthony Hopkins comes as a brilliant minded defendant, who killed his wife, and planned the entire structure of his escape in prosecution, and Ryan Gosling as the state prosecutor, who is mentally challenged by the defendant. The character of Anthony Hopkins will remind us of his famous role in the movie Silence of the lamb, the Hannibal. This movie has a good IMDb rating too. 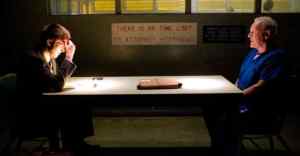 Primal fear starring Richard Gere, Laura Linney, and Edward Norton in lead role in a mysterious movie that will thrill the audience. In this movie, a lawyer is trying to help an altar boy, having multiple personality disorder, who is suspected of murdering a priest, and the story goes on  with unimaginable continuations. This movie nominated for one Oscar. Every cast in this movie gave their characters complete lives. Primal fear happening mostly in a courtroom , and the relationship between the prosecutor and the defense lawyer is also an interesting fact in this movie. This movie is enjoyable by all crime story loving viewers and having an IMDb rating of 7.7. 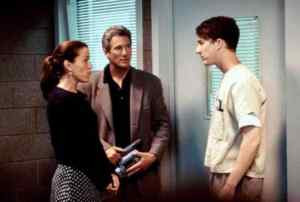 Judge is a story of a criminal lawyer and his father, who is a judge, and suspected of killing a man. This is thrilling vibe  movie starring Robert Downey junior, Robert Duvall, and Vera Farmiga in the lead roles. This movie also upfront a father and son relationship, and how the father tried to straighten the wrong paths the son was leading, in his own way. This part drama movie has a 7.2 rating on IMDb. 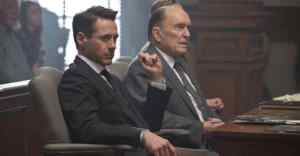 This is a Horror movie starring Laura Linney, Jennifer Carpenter, Tom Wilkinson in lead roles. Exorcism of Emily roles defines the process and effect of exorcism in the view of a priest and in the view of medical science. The movie plot leading with a murder of a girl during an exorcism, and Laura Linney is playing as a defense lawyer in this case who trying to help the defendant, the priest, defining exorcism as a true and effective process. This movie will give a mixed feeling of thrill and horror to viewers. 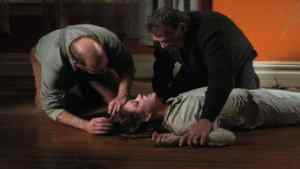 Flight is thriller, drama movie starred by two times Oscar winner Denzel Washington, who plays a role of an airline pilot, who bravely saves all of his passengers from an unfortunate plane by a safe landing. While this is the essence of the film, the Flight is lead by the continues events that occur after the crash in which the pilot is judged by his action, that is, is he a true hero or is he the primary cause of the plane crash. The  court trial bringing many changes in his life, and the plot going on based on this judgement. Flight is a great movie in all senses and is enjoyable by all viewers. 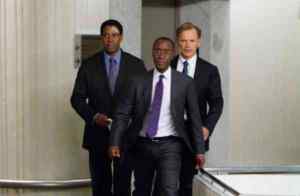 Pink is a great Indian movie that points out a contemporary social situation in India. In this movie Amithab Bachan plays a main role of a lawyer who is trying to clear the name of three ladies who is convicted of a crime they did not commit, and the plot goes on with many twists, and have breathtaking climax. This is more of a socially relevant thriller movie with many hands applauding dialogues. Pink won many awards including best social awareness awards. Every person should watch this movie. 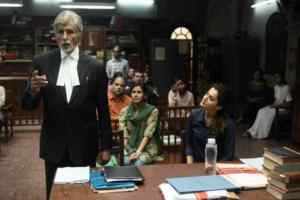 This is a great seven times Oscar nominated, biography type movie, star cast, by Daniel Day-Lewis and Emma Thompson. This movie tells a story of a man who is coercially confessed to a bomb blasting, which he did not commit, and imprisoned along with his father. Emma Thompson plays a role of a lawyer who tries to free this persons. This drama movie Says about the holes in the laws and the inability of ordinary persons who falls in these holes, to escape. This is a great social relevant movie everyone should watch. 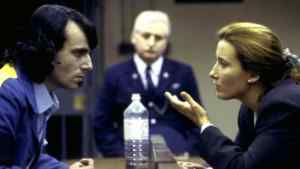 This four Oscar nominated movie is one of the greatest Court trial movie of all time. A few good men happening in a military court, where a group of Marines accused of a murder, in which the defendants claim that they were acting completely under the order. In this movie Tom cruise acting in the role of a military lawyer, who is trying to defend the accused. Jack Nicholson is also acting in this movie. This mystery themed drama movie will be loved by all the movie fans. On IMDb there is a 7.7 rating for A few good men. 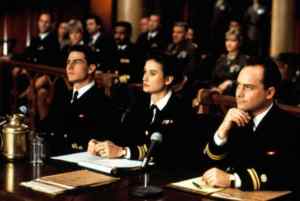 Apart from a court trial movie, 12 angry men tell the story of 12 jury members, who is given a task to examine the innocence of a boy who is accused of murder. In every second of run time, this three Oscars nominated, great classic movie will put the chance of rethinking the judgment of innocence of the accused, in the viewer’s mind. This movie happening completely in a jury chamber. The academy award winner Henry Fonda is coming in to this film as a jury member, who is the only one having a suspicion of the boy’s, the accused, guilty, and will force all other jury members to rethink their judgment by deeply examining the evidence, and will lead to an extraordinary climax. 12 angry men is one of the top 10 movies of all time and having a great IMDb rating of 8.9, and a top of the line Metascore 96. 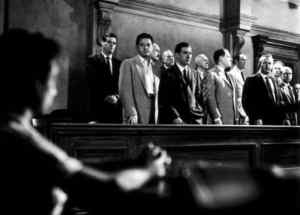 When making a list of court based movies, the witness for the prosecution has every right to be the top one. This classic movie will fill the audience’s mind with a bunch of extraordinary twist and turns. In this movie the Oscar winner Charles Laughton plays a role of a famous defense lawyer who is trying to prove the innocence of is client, played by Tyrone Power, who is accused of murder of a woman. Witness for the prosecution mostly happening in a court goes through many trials and prosecution. Marlene Dietrich also plays an important role in this movie. The IMDb rating of this movie is 8.4. Every movie lover should watch this great movie. 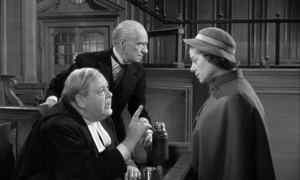