All you need to know about Organ Donation in India 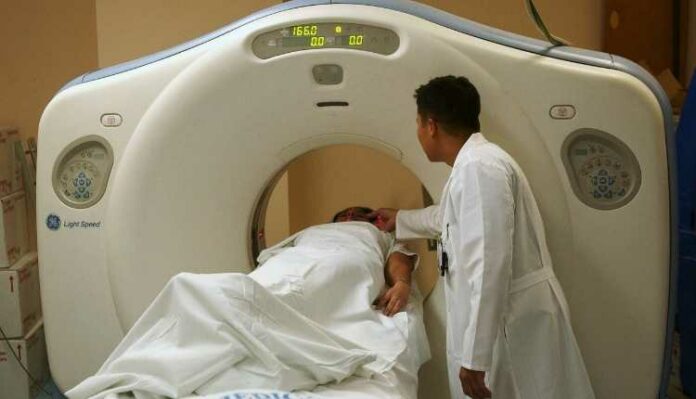 Organ donation is the process where a person donates or gives their organ to another for transplantation. Kidney, heart, liver, pancreas, intestine, lungs, bone, bone marrow, skin and cornea are usually the organs subjected to transplantation. These donations typically occur after the donor has died.

While the opinions on organ donation are generally positive, there are lots of misconception surrounding organ transplantation. Like how, if one becomes an organ donor, the doctors will not try too hard to save the life of the probable donor. Or that maybe one would still be alive during the process of organ removal. Often, the main reason for not donating an organ is that it is against some religion of theirs. Sometimes age too plays a factor in the decision whether to donate or not. Like you might be too young or too old to donate an organ. You might even be suffering from some disease.

To debunk a few of these: Most doctors will treat your case like a usual one. Most will be focusing on saving your life. Whereas, about gaining consciousness during organ transplantation is not less than rare. More tests are given to those patients who have subscribed to the idea of donating an organ, to confirm that they are dead. Coming to the most controversial part of the myth—religion. In Hinduism, there are plenty of examples where a god or goddess donated their organs for the well being of another. The whole point of Sikhism is to protect and help the weak. And anyway, does not most religion teach not to ignore the adversity of others and to help them? If you are unsure, go to the clergy and employ their assistance in the matter. After all, there must be some reason why organ transplantation is more possible than walking on water! Also, it is essential to note that age does not play much of a factor in the role in organ transplant. And there are minimal diseases that inhibit the donor’s ability to donate their organs.

Moving on, as to why you should donate. It is a sad fact that while the patients in need of organs are increasing day by day, there are not many donors. While you might currently have the luxury of becoming a donor, there might come a time, when you will be in need.

By donating an organ, you might just be saving the life of a hundred people. And their families. Is that reason not enough? Compare that with decomposing under the earth, becoming food to a bunch of organisms. Or even just reducing to charred dust. Those organs could be of some use to someone.

The laws for the bone marrow donation is different than the organ donation you can find more detail about it in Bone Marrow Transplant In India Detailed Analysis With Cost.

So what is the process of organ donation?

There are two ways to donate an organ by pledging yourself when you are alive and secondly, with family’s consent. A living person can donate their organ by filling up a form in the presence of some witnesses. As per the law at least one of whom should be a close relative of the probable donor. One can get the way through the Organ Retrieval Banking Organisation (ORBO0)’s website. If it helps, the form is free. Then send the form through mail to ORBO.

Organ Retrieval Banking Organisation (ORBO)is the organisation which deals with the process of cadaver’s organ donation and transplantation.

After receiving the form, ORBO will provide you with an organ donor card. The registration number on it is vital. It is always advised that you always keep the card with yourself (like in pocket, purse, wallet or some form, in your phone).

Family members can opt for the donation of the dead member by filling up a form. This is known as a consent form. As soon as the form is submitted, the organs are prepared for harvesting. And that is it.

Moving on to get better clarity about the term ‘consent’. There are two types of it. One being, explicit and the other, presumed. The former refers to direct consent through registration. While the latter means does not need direct permission either from the probable donor or the kin, presumed consent assumes that the likely donor would have anyway permitted to go on with organ donation.

After all of this, the whole burden is on the transplant coordination team until the deceased’s body is given back to the family member. They make sure that the bod is provided back in prim and proper condition, without any disfigurement.

In India, six types of organ transplants are allowed. Namely, kidney, lungs, liver, heart, pancreas and intestine. Recently, Uterus transplant has also gained motion although uterus is not yet on the life-saving organ list of Transplantation of Human Organs Act (2011). Obviously. Why do feminists even try?

While we are talking about organ transplantation, Iran is a fantastic case study as being the only country to eliminate the shortage of transplanted organ. It is also the country yet to have a legal payment process for organ donation. What happens is that a patient without a potential donor is assigned one by Dialysis and Transplant Patient Association (DATPA). The government gives compensation to the donor along with a year worth of health insurance. Working through DATPA, the recipient for kidney transplant also provides a certain amount to the donor or family. Any middleman (i.e., the doctor or someone else) can not receive the payment unless they are seeking legal actions. At the same time, those who can not afford to get it through charity donations. It might be cool to note that the number of transplants has doubled and that they have eradicated the shortage of kidney transplant.

According to The Economist, Iran adopted the system of paying kidney donors in 1988 and eliminated the shortage in eleven years.

Spain has the highest rate of organ donation at 46.9 million. In India, Tamil Nadu leads the race of organ donation at 1.15 million people through the efforts of MOHAN foundation. In Chennai, the world’s largest black market for organs exist. Some donors have been deprived of their payment after the operation and surgical removal of their organs.