Astonishing Mysteries of the Famous Lake Manasarovar and Mount Kailash 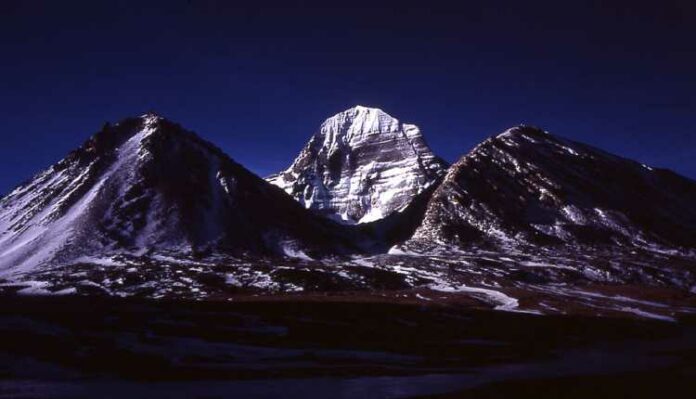 All Hindus have probably heard a lot about the great Mount Kailash. It is one of the most sacred destinations for the Hindus since it is believed to be the abode of Lord Shiva, who resides there with his family which comprises of his wife, Goddess Parvati and sons, Ganesha and Kartikeya for the past 21,000 years. Mount Kailash also holds great significance for other religions including Buddhism, Bon and Jainism. Tibetan Buddhist believes that this Mountain is also the residence of Cakrasaṃvara representing endless happiness. For the Jains, the propagator of their religion, the first Jain Tirthankara attained enlightenment or nirvana there.

The great Mount Kailash is a high peak located at the Tibet Autonomous Region, China. The Mountain is also the source of four important rivers, the Indus, the Sutlej, Brahmaputra and Ghaghara. Although they originate from the same source, the four rivers flow in four different directions. Thousands of people set on a spiritual journey to this place every year to bring good fortune and blessings in their lives. They believe that walking around the Mountain and meditating there will release them from their sins and help them achieve spiritual enlightenment.

However, reaching Mount Kailash is not an easy task, including India-China Violent face-off and India and Nepal border dispute. The pilgrimage to Mt. Kailash was kept on hold for nearly 24 years, from 1954 to 1978. After which the pilgrims could continue their journey to the home of Shiva but under the constant check of both the Chinese and Indian Government via Kathmandu in Nepal and then Lhasa. After a series of meetings between the Chinese and Indian government, 12 compromises were made, including opening a new route from India to Lake Manasarovar. The new route would go through the Nathu La pass situated in Sikkim. This will make the journey to Mount Kailash way more approachable and easier.

However, many the pilgrims have spoken about many mysteries incidents that have occurred to them on their journey and in Mount Kailash and the joining Lake Manasarovar. However, there is no scientific answer to justify claimed mysterious phenomenon occurring around the Mountain. Firstly, it is said that Mount Kailash is actually in the shape of a pyramid. Even ancient Russian and American scientists claimed that Mount Kailash is not a mountain but a human-made pyramid, the largest in the world built in ancient times. They believe that Mount Kailash has some direct relations to the Earth. A famous Russian Scientist, Professor Ernst Muldashev was on an expedition to the Tibet mountains and made an astonishing statement: There are two underground countries beneath the peak, the Shambhala and Agartha, which are each part of the gene pool of the entire human civilization.

No wonder, Mount Kailash is known as the Axis Mundi in Philosophical Essays of Wang Cheung. It is the centre of the universe. There are various other names given to this Mountain such as the navel of the world, the world pillar, Mount Meru, Swastika Mountain, Mount Astapada, Kang Rinpoche, are among the famous names. Mount Kailash is too perfect to be just a natural phenomenon. In the Vedas and the Ramayana, it has mentioned that it is the cosmic axis of the world by Mircea Eliade (tr. Philip Mairet) in Symbolism of the Centre. Also, as per the google maps, Stonehenge’s distance in the United Kingdom is 6666 km from mount Kailash, which is also the distance of Mount Kailash to the North Pole. Mount Kailash’s distance to the south pole is 13332 km, which is the exact double the distance to the north pole and Stonehenge.

Another surprising fact about Mount Kailash is that nobody has ever climbed it. Mount Everest, the highest peak in the world has a height of 8848 meters has been climbed by several mountaineers (approximately 5000 people) whereas, Mount Kailash is only 6638 meters. Still, nobody has ever succeeded in climbing the peak as per the report published in BBC. According to a famous Tibetan folklore, a Buddhist monk named Milarepa achieved success in reaching the top of Mount Kailash published in Milarepa on Mount Kailash. However, on his return to the valley, he warned everyone not to disturb the deity residing in the high peak or result in a catastrophe. Numerous attempts were made by professional mountaineers, including some who have even climbed Mount Everest, but eventually, they all failed. Whenever someone is about to reach the top of the peak, either the weather conditions would really deteriorate, or the individual would get severely ill, failing to continue the conquest to reach the peak. It is hard to navigate the path as the compass also stops working in the Mountain. There are reports about the mysterious deaths of the climbers. Due to many dangerous, fatal incidents that have occurred previously, the Chinese government has banned anyone from climbing the summit around 18 years ago.

The Hindus have a firm belief that Mount Kailash is the stairway to heaven. In Hindu mythology, the five Pandavas brothers along with their wife, Draupadi are believed to have walked on the paths of the top of the Mountain in order to achieve moksha as per Mahaprasthanika Parva by Kisari Mohan Ganguli. Mount Kailash is surrounded by two magnificent lakes, namely Lake Manasarovar and Lake Rakshastal. Although these two lakes are separated by only a thin margin of the land, many differences can be witnessed. Lake Manasarovar is shaped round like the sun and is the highest freshwater lake in the world, while Lake Rakshastal is shaped in the form of a crescent moon and is a Salt Lake. Although these two lakes lie next to each other, the two lakes are varied a lot. Lake Manasarovar is always calm and serene while Lake Rakshastal is always stormy no matter the weather circumstances. Lake Rakshastal is deprived of any aquatic life. The believes says that Lake Rakshastal belonged to Ravana, a Hindu demon who challenged Lord Shiva. Thus, Rakshastal represents evil, while Maansarovaar represents the god. In other words, the two lakes stand as the Yin and Yang. 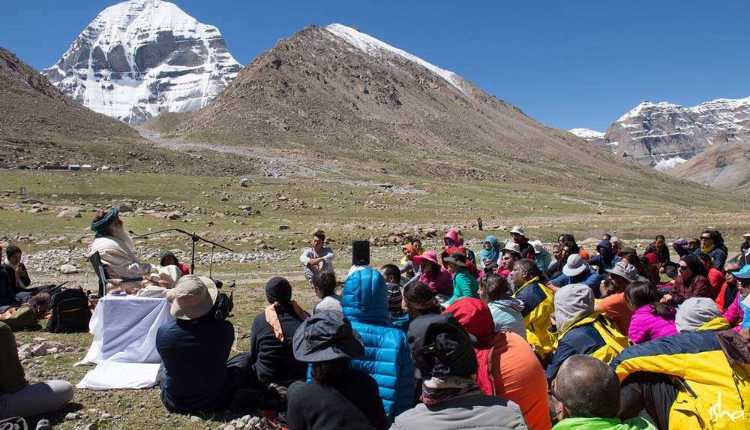 Another mystery is how the time passes fast around the Holy Mount Kailash. The atmosphere around the Mountain causes a rapid increase in time. Pilgrims informed that their hair and nails growth equals two weeks of growth in just 12 hours. Once a group of mountaineers climbed ahead of a certain point in the Mountain and immediately aged by a few decades as reported in The New Yorker. All of them passed away due to old age a year later.

During the time of sunset, when the sun rays fall on the Mountain and cast a shadow, it resembles the shape of Swastika, a religious symbol of the Hindus which holds great significance. The satellite view of Mount Kailash shows the shadow side of the Kailash Himalayas Shiva’ face. Whenever there is snowfall, and the rock formations from the top of the mountains give a view of Om from the south of the ridge. Hence, Mount Kailash is also known as Om Parvat.