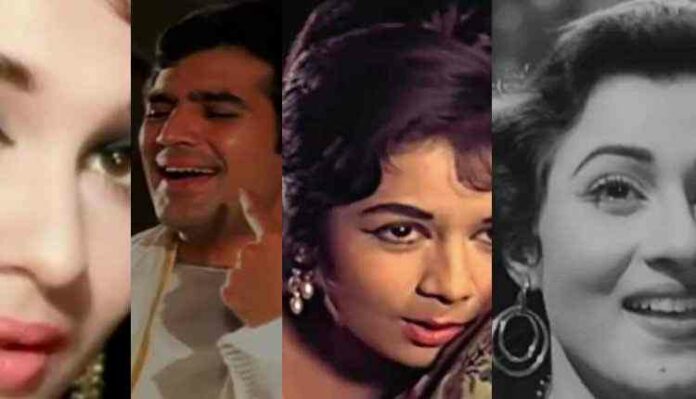 There are many beautiful evergreen old Hindi songs that are equally melodious to listen on karaoke and sing along. Among the ‘n’ number of songs let us see a few of them:

The Best 15 Indian Old Karaoke Instrumental songs and music to sing are: 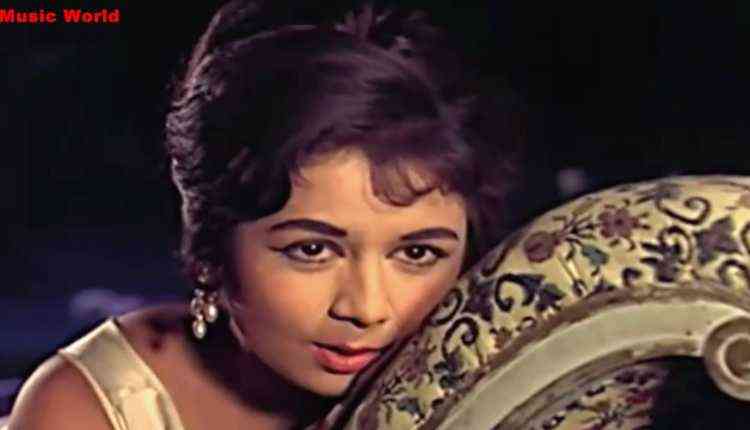 The song is a fantastic combination of priceless expression of Nanda, soothing voice of timeless Lataji, and priceless composition by Kalyanji Anandji. The beautiful and melodic song from Jab Jab Phool Khile is truly a masterpiece. There were many hit songs in the movie, but this solo song by Lata Mangeshkar is exceptional. A special romantic touch by the western orchestration of Kalyanji Anandji makes the song more melodious. The instrumentals and karaoke are available on all leading websites. The song is best for solo performance in a pleasant environment. The song waves from low to high and again low pitch. Singing the song with ease and comfort will definitely make a soothing performance. You might also be interested in the Best 13 Indian Classical Karaoke instrumental songs and music to sing. 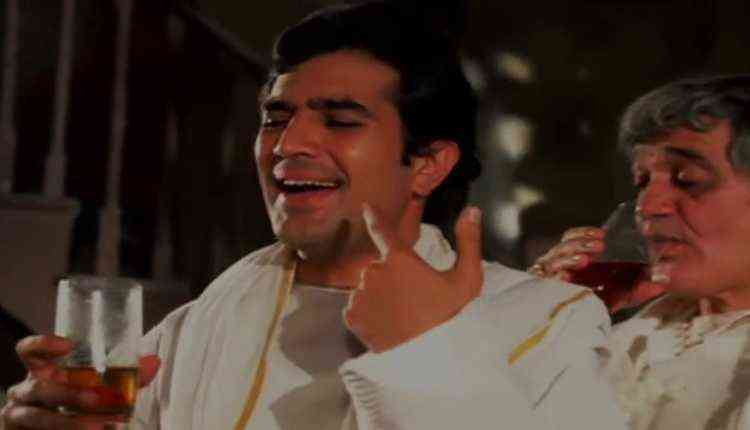 The factual song from Amar Prem is picturized on Rajesh Khanna. The heartbreaking song with simple lyrics was rendered by Kishore Kumar very beautifully. The outstanding music by the one and only R D Burman with meaningful lyrics makes this song more melodious. The instrumentals can be downloaded from all music platforms. The song seems to be very simple to listen but is loaded with expressions. While singing on stage along with karaoke, it requires a lot of practice, and special efforts are to be taken for expression. You might also be interested in The 20 Best Punjabi songs in 2019. 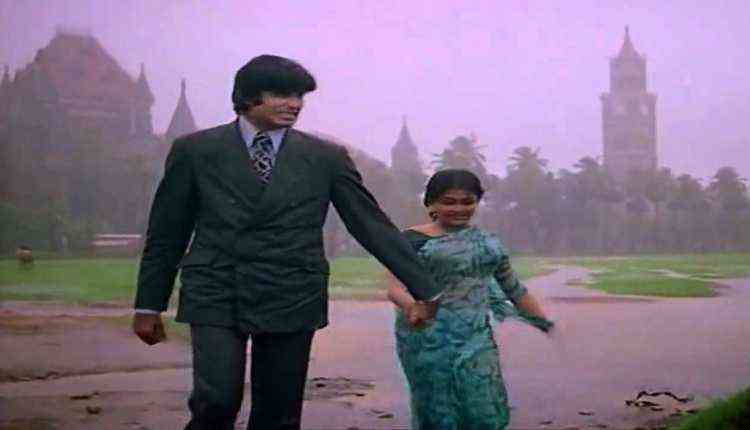 Listening to this wonderful song gives a real feel of wetting in drenching rains. The song is sung solo by both Kishor Kumar and Lata Mangeshkar. The female version has no lip-sync by Mousami Chatterjee, but she enjoys the rain to the fullest with Amitabh Bachchan in the film Manzil. The song has a classical base and needs a lot of practice before the performance. The karaoke is available easily online. The female version is a little fast than the male version. So just listen to the song carefully and sing with the feeling of heavy rains, high tides and sea to get the desired expression. 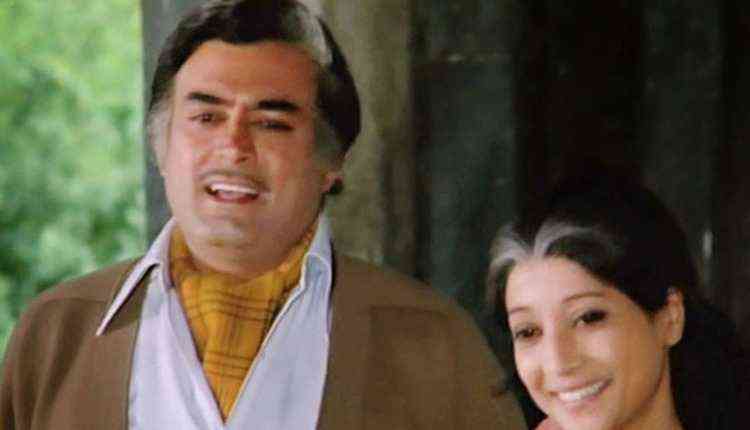 This song is best for duet performance. The slow and steady song is beautifully presented on screen by Sanjeev Kumar and Suchitra Sen. The song is from the movie Andhi and Lata Mangeshkar and Kishor Kumar were at their best. The outstanding music is composed by RD Burman. The meaningful lyrics are penned by none other than Gulzar. While singing this song, the pronunciation of lyrics should be worked out properly. The karaoke is available and should be practice in a duet to maintain synchronisation. 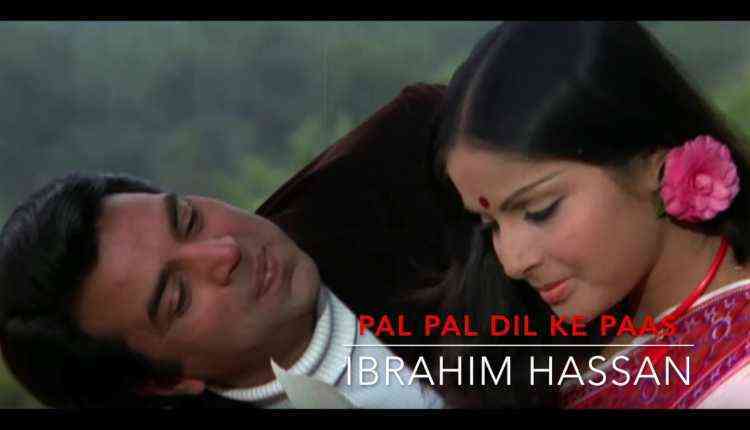 The super hit song from the film Blackmail is one of the best songs. It is picturised on the Dharmendra and play backed by the versatile singer Kishor Kumar. The lyrics of this dreamy song are penned by Rajendra Kishan and music is composed by Kalyanji Anandji. The song is so popular that it was recreated two times, the first in 2016 by Abhijit Vaghani in film Wajah and the other in the movie Pal Pal Dil Ke Paas in 2019. The soundtrack and karaoke are available in all music sites. The extreme romantic expression and soft melodious tune will definitely leave the audience spellbound. 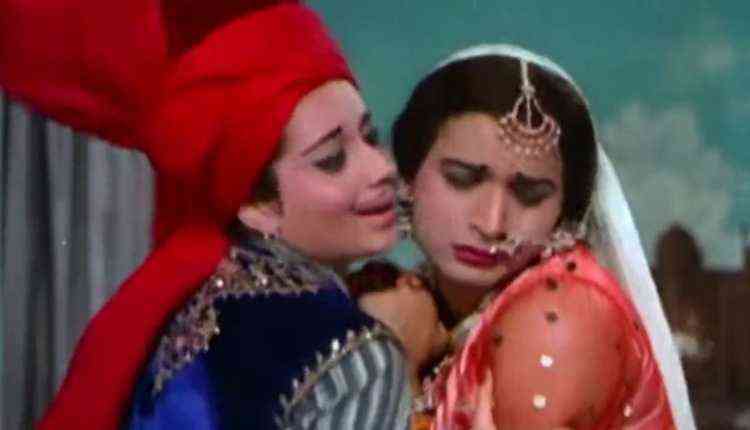 The extraordinary soundtrack from the movie Kismat is perfect for female duets. The music is composed by the evergreen music director O.P Nayyar and recorded in the soprano voice of Asha Bhosle and distinctive voice of Shamshad Begum. Biswajeet was one of the first heroes to be dressed as a woman for the song. The naughty expressions are must while singing the song. The karaoke is available online. The song can cause a happening performance provided it is sung by enjoying it to the fullest. 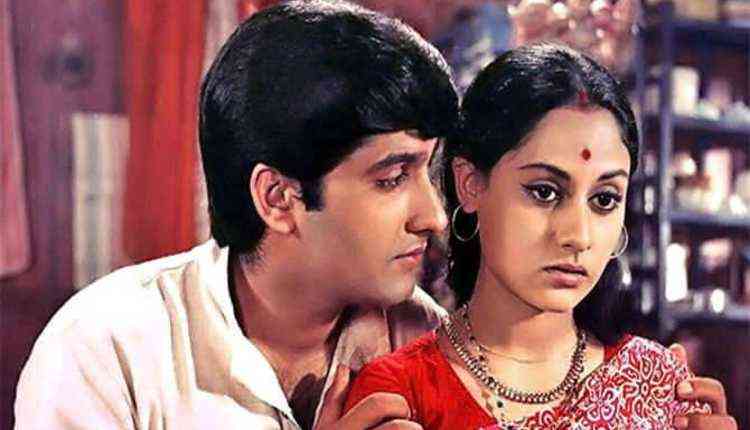 The very touching song from the movie Piya ka Ghar is another iconic collection to perform a duet. The beautiful composition of Laxmikant Pyarelal was very innocently presented on screen by Jaya Bachchan and Anil Dhawan. The song is recorded in both male versions by Kishor Kumar and Female version by Lata Mangeshkar. The meaningful lyrics of the song are penned by Anand Bakshi. The instrumentals are available easily. The song will definitely mark a mesmerising performance if performed by understanding the lyrics and singing it with full involvement. 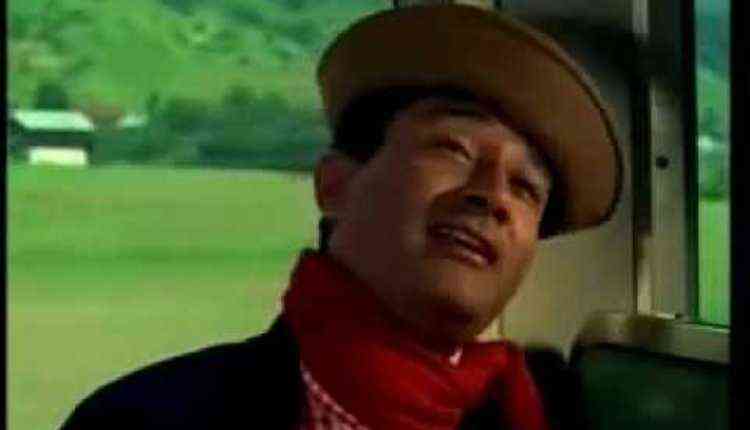 The romantic all-time hit song from Prem Pujari picturised on the dashing Dev Anand is another beautiful number or solo karaoke performance. The splendid and heart touching lyrics are written by Gopaldas Saxena Neeraj and the brilliant music is composed by S.D Burman. The song is mainly composed in Raag Pahadi and has the shades of tranquillity and serenity. Karaoke can be downloaded online. To create the original mood of the song, it should be sung in lower and middle octaves. This song will definitely create a divine and trans effect if performed with full devotion. 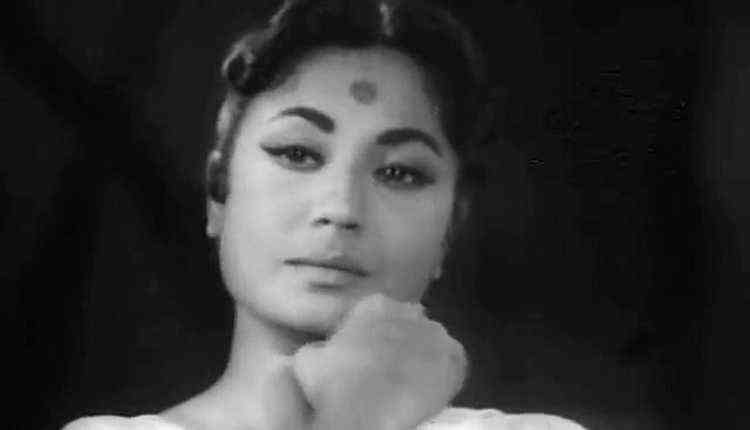 This is one of the most picked songs for solo performance. The wonderful voice of Lata Mangeshkar has made the song from the movie Dil Apna Aur Preet Parade more magical. The lyrics penned by Shailendra and the song are composed in typically Goan music by Shankar – Jaikishan. The song is picturised on the legendary actress Meena Kumari. The karaoke is easily available. The song will definitely create a mesmerising effect if the singing expresses the jeopardy of the girl that she can neither go to her beloved nor forget him. 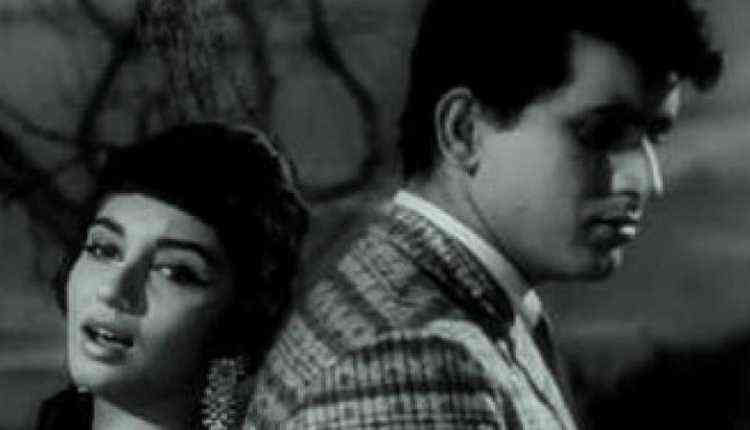 Lag Ja Gale from the movie Woh Kaun Thi hails to be one of the best songs of Lata Mangeshkar. The black and white movie starring Manoj Kumar and Sadhana captures the sensuous moments between a couple. The poetry in the lyrics of the song is penned by Raja Mehdi Ali. The song composed by Madan Mohan has completed 50 years but still sounds fresh. The song is recreated in the movie Saheb Biwi Aur Gangster. The karaoke is easily available online. The song is composed in Rag Pahadi and Dadra Tal. The song requires the expression of the profound sadness on the impending final partition. 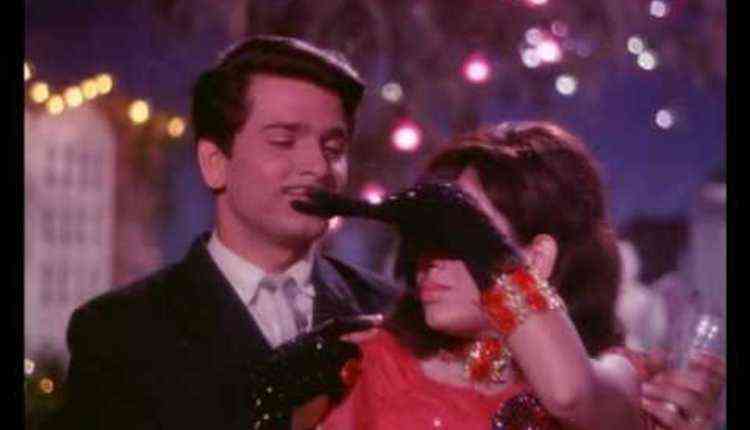 The song is recorded in the crispy, crystal clear voice of Asha Bhosle and the music is composed by O.P Nayyar. The lyrics are written by Noor Devasi. The song is picturised on Biswajeet and Babita and is considered as one of the most memorable songs associated with Babita. The party song requires the expression of Drunkard. 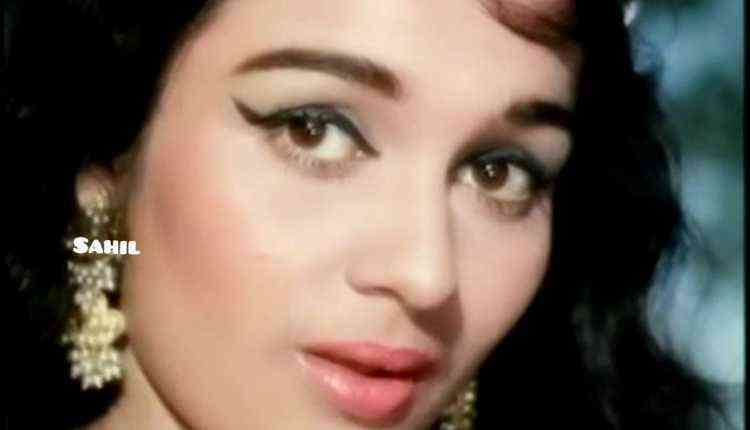 The beautiful song from the movie Mere Sanam is again the result of the magical combination of O.P Nayyar and Asha Bhosle. The lyrics are penned by Majrooh Sultanpuri. The song is a classical based song composed in Rag Pilu and Keherwa Taal. The song is sung in the low registry and is crooned by Asha Bhosle very breezily. The karaoke is available at all music stands. 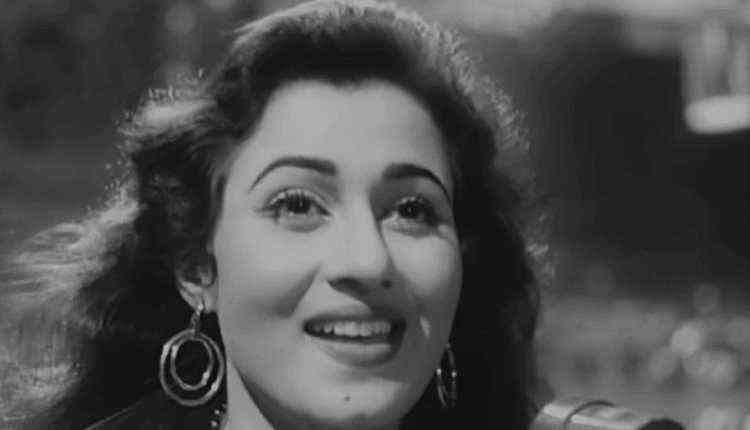 The popular song from the movie Howrah Bridge sang by Asha Bhosle and is picturised on the eternal beauty Madhubala. The music composed by O.P Nayyar. Asha Bhosle created magic with all those finer nuances, inflexions and vibrato. The song requires heavy lifting of voice in the seduction area and then landing back in the low nodes. 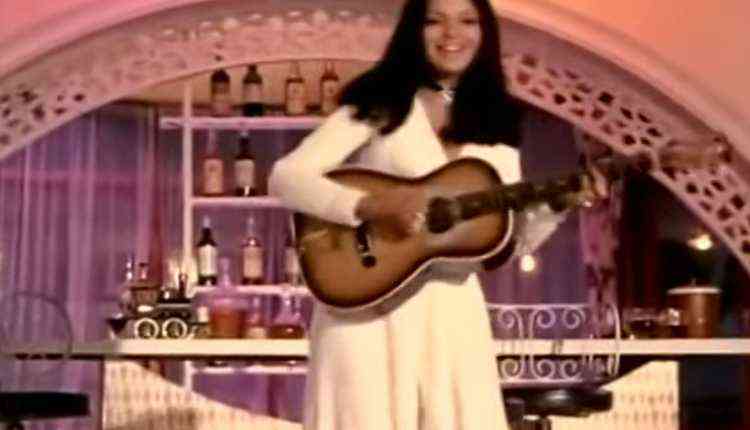 The youthful song that starts with a clinking of glass with spoon groove followed by an upstroke of a single chord of guitar reproduces a romantic atmosphere. The song is from the movie Yadon Ki Barat, play backed by Asha Bhosle and Mohammad Rafi. The tantalising voice of Asha and the silky voice of Rafi along with the interludes of violin, trumpet and the strokes of strumming guitar enhance the beauty of the song. The song is picturised on beautiful Zeenat Aman and charming Vijay Arora. The melodious song composed by R.D Burman takes us to the peak of pleasure. The karaoke performance of this duet surely induces romantic mood in the atmosphere making the audience nostalgic. 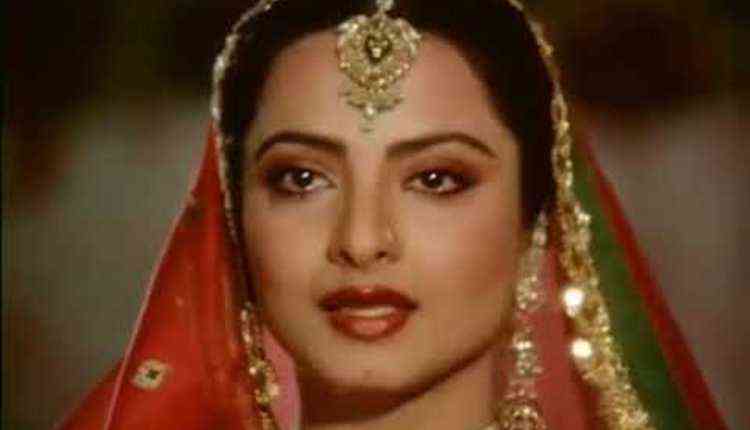 The song from Umrao Jaan portrays pain and loneliness which is miraculously expressed by Rekha on screen. The ghazal is sung by Asha Bhosle and penned by Shahryar. The music by Khayyam, which includes the preludes on sarangi throbs the heart and compiles to foresee the anguish in the song. The haunting retention of the tune summing up with the soulful singing of Asha makes the song a gem. The karaoke performance if done from the bottom of the heart and with proper pronunciation of lyrics, will indeed make the listener perceive the sense of loss and confusion, which is expressed in this song.