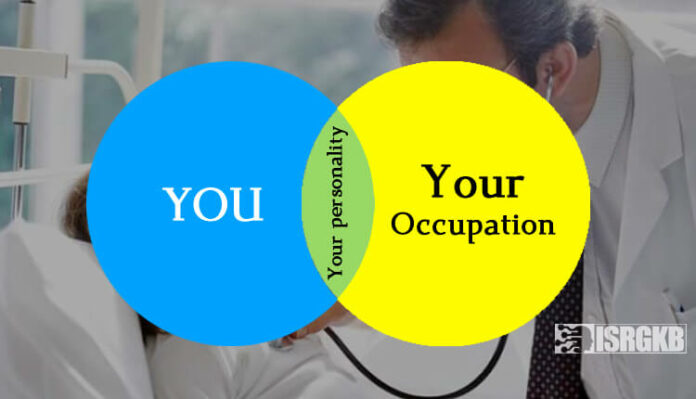 Personality has various aspects in it with different uses, but what Personality is? The term Personality often appears in one day-to-day interaction. This word has come from a Latin word persona that is a mask used by roman actors. Thus, personality is a mask which people used on their selves.

In psychological terms, personality refers to our typical ways of responding to individuals and situations. For example, we use traits, hot-tempered, introvert, outgoing, warm, neurotic, and hostile to describe the individual personality. Personality not only consists of the physical quality of a person but also the psychological and social domains. For example, one is tall is a physical aspect; calm is a psychological aspect; the introvert is a social aspect.  Personality is dynamic, as it changes in nature depending upon the individual, experiences, traits, and situations. For example, a person can turn cold-hearted due to some heartbroken experiences in the past. It is unique in every individual, as one person can have an extrovert personality; his/her sister can have an introvert personality. Culture also influences the persona of an individual. Culture has different belief systems, customs, and rituals that are different across countries. For example, in western nations individualistic, culture is famous. In eastern nations, collectivistic and social harmony are more famous among people.

Personality influences every aspect and domain of an individual life. Personality even impacts those aspects which the person is not aware of themselves. Example one dressing sense, eating choices, and how one keeps their house. Persona is a valuable part of one’s life that differentiates one individual from the other and focuses on one unique ability and characteristic. For example, teachers in their classes can distinguish between students based on their traits like, in western nations and high schools, student groups are entitled, like jocks, nerds, emos, brains, popular, cool kids, etc.

Personality also influences one aspect of our lives that is occupation and our profession. But in these domains, the process of influence is a two-way process where personality influences profession/occupation, and chosen profession also reveals about one’s personality. Before going onto that aspect, let us focus on various job choices and how it plays a role in one’s life.

It is neither wealth nor splendour, but tranquillity and occupation that give actual happiness. It is a vital aspect of human life, and, it is one of the domains that differentiate humans from other organisms. But the main struggle in a human’s life is to choose a particular occupation that is a crucial decision in one’s life that can reveal a person’s unique characteristics term as personality. But how one choose their occupation/profession or in which direction they have to go for their career and future, then interests play an important role, and one interests and personality traits influence one choice of profession and occupation.

The main question arises that how Personality traits influence the choices of occupation and professions. Let us look at that aspect:

Not everyone in their lives can decide their career or occupation. Some feel that they tend to fall into a category of a particular profession. But whether the person chooses their occupation/profession or automatically falls into a category themselves, they tend to move from occupation to occupation depending upon their interests and personality characteristics. People tend to like those jobs/occupations that enrich their personalities and match with them.

There are different characteristics of an individual and personality traits, by which the people tend to get jobs by their own choices or even automatically.

Will is a belief that a person can successfully pass on a particular situation. People with high will are more achievement-oriented and depend on their own to choose an occupation and pursue that without asking others. People with high will have more goal-oriented behaviour and self-esteem. On the other hand, people with low will have low self-esteem and mainly depend on others to make a fruitful decision for themselves and their career.

Emotional intelligence refers to the awareness of one own ideas, thoughts, emotions, and feelings and also being able to understand others and differentiates between the two. People with high emotional intelligence are more able to calm themselves, express their opinions. People with high self-esteem are prone to a desire for social work because they understand the plight and have empathy in themselves. People with low self-esteem are not aware of their own emotions, thoughts, and difficulty in differentiating them from others.

It refers to a gentle feeling of liking or fondness for the other person. It may or may not be in a romantic domain. People who score high on affection feel that their work has some value and meaning in it. Though they tend to stay working in one broad area, they seek to broaden their horizons within that field, looking for exciting alternatives to what they are doing. At the other end of the scale, people with low scores put a much more personal focus on their careers. They want to get out of what they put in as, here, the input is equal to output.

Individuals from the starting tend to know about themselves by recognising their emotions and thoughts.  INTROSPECTION is a method in which the individuals use to be aware of themselves. Herein, they look within to think about their needs, motives, desires, and personality traits. For example, People who have characteristics like caring, loving, nurturing, and assisting, chose occupations related to these professions only like people who have these qualities become a nurse or open an NGO for the underprivileged section. Occupations/Professions related to these can be to become psychologists, counsellors, development of NGO’s and philanthropist etc.

It is not the only case. There is a relationship between occupation and personality, and, it is a two-way process. So, we have now discussed how our personality traits influence our choices of occupation/profession. Now, let us emphasizes how occupation reveals an individual’s personality:

Along with an individual’s age, gender, which section one belongs to, your birthday, there is another level that reveals your personality and behaviour. The section includes job title or chosen occupation.

Firstly let us see an example when one gets to know that a person is a musician or a painter, we tend to assume them as more creative, imaginative, and high on spatial intelligence. On the other hand, when we see a nurse or a homemaker, we tend to assume them as more nurturing, caring, and more sensitive. But, there are fewer researches that support the aspect, but many researchers did point out a lot of shreds of evidence. Some researchers have pointed out how different occupations and professions reveal the individual character and their traits.[1]

So let us look upon some of the famous Professions one chooses for their career and what attributes these occupations reveal about a person’s personality and behaviour.

If a person is a doctor or a nurse, then they are more nurturing and empathetic. Your humanitarian attitude with a desire to turn even the most far-fetched ideas into reality carries you far in this field. It involves understanding the plight of others, commitment to creating a harmonious aura.

Suppose one chooses their occupation as a banker. Then it reveals skilled, committed, and ambitious personality traits. Here, the person is more goal-oriented and, they behave accordingly. If one is a banker or a local branch type, then one’s command of numbers and calculation shows that the person has a quality of leadership that can make their business flourish. The individual can accomplish all of their and the company goals with ease.

As a professional bartender, your personality qualities are suited perfectly to problem-solving on the fly and constant exposure to new issues and ideas. Bartenders are known as more open-minded, creative, and even athletic. Open-minded in dense that they do not think that drinking is against one culture or customs and understand the other habits and emotions. Creative in terms of mixing different drinks and coming up with different variations in fluids. Athletic in the sense that they require more hands-on activities, as the thought of sitting behind a desk is more fear-inducing than dealing with drunk people every day. Additionally, the Personality characteristics of a bartender suggest that you are more open-minded and tolerant than others.

It refers to that you might be involved in political issues or movements outside of work.

The category of scientists in terms of profession reveals that an individual is more creative, imaginative, and innovative. Scientists have come up with varied discoveries about human life.

Other discoveries suggest that scientists are more imaginative, creative, innovative, and high on spatial intelligence, where they imagine the whole process in their minds.

They are also known as true innovators as their curiosity leads to various helpful technologies to solve many human problems. Other qualities of scientists state that they are more inclined to find solutions to varied issues and surround themselves with the same kind of people who help them solve various problems. Also, read the innovative ideas for researchers scholars.

Another profession includes the category of politicians who have the personality traits of leaders. They are more innovative, empower people to express and stand for themselves, value a stable environment with a focus on goal achievement with a thought of helping others and have a direct set of guidelines and expectations.

Thus, occupation and personality/persona are related.  It is a two-way process where occupation reveals an individual personality and, personality on, the other hand, impacts the choices of occupation/profession.