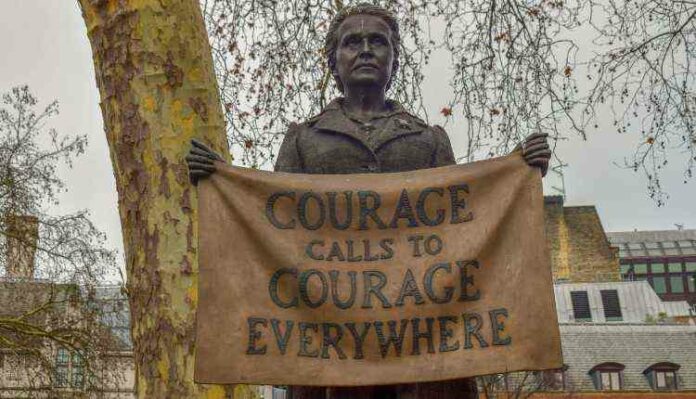 We are not genders, and we are humans. We are citizens of this global village, our nationality is this world, and our most significant duty is humanity.

Why feminism came into the scenario?

In the past, our world has witnessed patriarch society for a very long time; where the men-only ruled society. Male citizens dominated the female with almost everything. The only work they could do was household chores. Females were treated more like slaves, rather than considering them as a family member. There was a time female could not study, and they were not allowed to earn money; they could not inherit property. India witnessed a period where the widows were burnt alive along with their dead husband’s funeral pyre (the Sati System ).

There is a considerable contribution of good men and women, which led to the complete ban of the practising Sati system in India. The role of Ishwar Chandra Vidyasagar in the field of development of women will be remembered forever. He was the one to open the school for girls, fight against polygamy and Sati practice in India. There were other male personalities as well who had numerous contribution in uplifting the women across the world. It’s not that the challenges for the women have changed as there are still Challenges That Are Faced By Every Woman In India.

Feminism means equality of the sexes. Feminism claims equal rights for women. Women should get freedom, education and all the other fundamental human rights just as a man used to get in a patriarch society. It is a fight for gender equality. The feminism movement started because the condition of female in our society was deteriorating day by day. They were tortured and slaughtered once – having said a summary about real feminism and why it had to occur, let’s dive deep into today’s topic, Pseudo-feminism. Maximum people out there do not know what feminism is really about. It’s more about equality of genders rather than making one gender superior and abusing the other. The contribution of different genders in our society should not be forgotten. Today women of our world could progress so much, and feminism became successful because few people of another gender also supported in the feminism movement. You might also, be interested in knowing the 13 Reasons Why Women Are Incredibly Better Than Men?

Pseudo-Feminism speaks that women deserve more respect than any other genders. Which is a crap concept, but unfortunately it is seen all the time around us and maximum times in social media. It is sad to know that the maximum of the common mass does not even know the real feminism movement. They know how to make themselves prove superior to get their emotional fulfilment or their hunger for power gets satisfied somehow. We are equal we co-create with each other. It does not matter what gender we are. We are humans more than anything else. Humanity should be superior. I repeat it. Humanity should be superior. We deserve all the fundamental human rights not because we are male or female. We are human beings.

Pseudo-feminists call themselves feminist, but whenever they encounter a transgender person, they behave ruthlessly with them as if transgender people are untouchables. They bully and make fun of transgender people. What wrong did they do to receive such behaviour from other genders in society?

In any public place, a sick older man has to leave the seat because a young woman claims herself to be feminist and grabs the chair in the general department since the ladies section was already occupied.

” I will not cook or do household chores because I am a feminist; I have my work. ” On the other hand pressurising their husbands to do all the household chores along with their professional practice. The work should be done equally by all the members of the house or its just the choice of the person who wants to take up the whole responsibility on his/her shoulders out of love. This should be done to lessen the burden, switching roles is a good option but pressurising on one particular person is not correct. ” A woman should do household chores ” is not accurate, similarly ” a man should do all the work, and I sit back and rest because its trend of feminism ” is also not correct. Pseudo-feminists are the people making fun of ladies who are housewives as if she is a slave and turning them down, making statements like ” what more she can do other than household chores.” Now its the choice of a woman she wants to do a job or she wants to become a homemaker. Making statements like this is also an insult, which is heard very often in our pseudo-feminist society. Also, some men over pressurise their wives to earn so that they can sit back and enjoy life, and some men create immense quarrels if their wives make more than them, and some men snatch all the money the wive earns and tortures her.

All three kinds result in domestic violence. Again its a choice of the human being, if a man wants to take up the role of a homemaker and the female has the earning responsibility its fine completely till peace resides in the lives. Forcing anyone for anything is not a good idea. If the financial condition of the family is low, then at some point, it becomes a compulsion for both male and female to earn to live correctly. Here also pressurising and creating violent actions against each other is unethical. If you take my opinion, I feel everyone should be financially independent irrespective of their genders. Financial independence gives you freedom, and every aspect of your life improves. Now if you have a supportive family or partner who is ready to take care of your financial needs without hesitation, then you are blessed but if you love working, out of passion you should always choose to do that. Still, money goals aren’t everything in life. We should teach our upcoming generation about gender equality and how to give equal respect to everyone’s choice and decisions.

They are speaking about all the above circumstances and little examples, I just wanted to say that these small issues cause significant life problems later on. It’s not about gender always. Females go through immense domestic violence, that is true, but men also go through tremendous domestic violence which nobody talks about. Men and transgender people also have been raped along with females (including marital rapes as well ); they also have been abused along with females, they too have faced attacks (including acid attacks ). Nobody talks about it. Recent days with a rise of social media, we can hear about it a little bit. The ratio of females may be higher concerning the other genders, but it’s not the female alone, every gender has been a victim once in a while. You might also be interested in knowing about the iconic female characters in Bollywood movies.

Humanity and humanism are above everything else; we deserve everything, every single right because we are human beings first and then comes gender. Feminism is a movement about the choice and free decision making, fundamental human rights of all gender. It’s about the choice of every human being, and it teaches us not to be judgemental about any gender and to provide fundamental human rights to every single person. This article never meant to hurt anyone’s sentiments, and I respect all the feminists out there.

The hard work and sacrifices the feminists had made, including the male feminists, is worth remembering. They are the reason why we females are freely moving around and enjoying all the fundamental rights of society. I just spoke about what is happening in today’s world around me. The real-life stories should not be kept in the four walls; some of them should also reach to real people to improve society. If you are still reading without any hatred, I must say I am lucky. Thank you for sticking to the end. Lots of love to the human reading this let peace reside in this world. 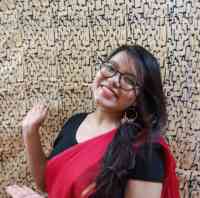 Ishita Biswas
Hello , I am a certified life coach, to be Psychologist , a content creator and I love to help people heal themselves. Sending you lots of healing vibes ! #Peace