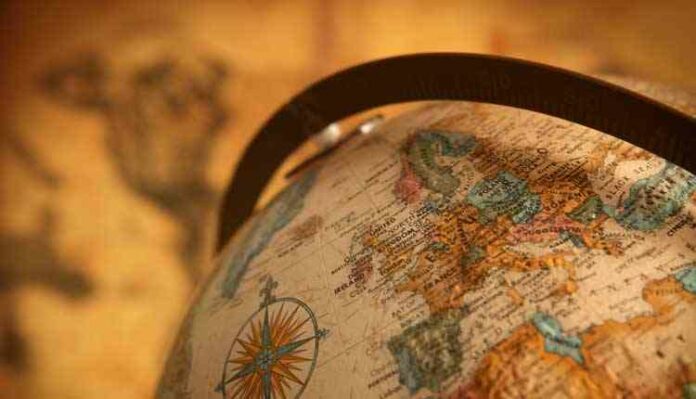 Q. How did the European countries resolve their Post Second World War problems? Briefly outline the attempts that led to the formation of European Union.

The European Union shattered the economies and structures of the European states. America extended massive financial help to Western European nations under the Marshall Plan. The US also created a new collective security structure under NATO.

Q. “The EU is more a nation state than an economic union.” Justify

The European Union has evolved over time from an economic union to an increasingly political one. The EU has started to act more as a nation state.

The European Union flag denotes a circle of gold stars which stand for solidarity and harmony between the people of Europe. It has 12 stars, as the number 12 is traditionally the symbol of perfection, completeness and unity.

Q. Name the treaty and the plan which led to the formation of the EU.

EU was formed under the Marshall plan by signing the Treaty of Maastricht on 7th February 1992.

Q. What makes the EU a highly influential regional organization?

The European Union has evolved over time from an economic union to an increasingly political one. The EU has started to act more as a nation state.It has its own flag, anthem, founding date and currency. It also has some form of common foreign and security policy in its dealings with other nations. The EU has economic, political and diplomatic and military influence.

Q. Discuss the odds which limit the power of the EU.

As a supranational organization, the EU is able to intervene in the political, economic and social spheres. But the odds which limit the power of the EU are discussed below:

Q. Name the founder members of ASEAN. State its objectives.

ASEAN was established in 1967 by five countries of this region – Indonesia, Malaysia, the Philippines, Singapore and Thailand – by signing the Bangkok Declaration.

The ASEAN way is a form of interaction that is informal, non – confrontationist and cooperative. The respect for national sovereignty is critical to the functioning of the ASEAN.

Q. What are the components of the ASEAN vision 2020?

The ASEAN vision 2020 has defined an outward looking role for ASEAN in the international community. This builds on the existing ASEAN policy to encourage negotiations over conflicts in the region.

Q. Name the pillars and the objectives of the ASEAN community.

It was based on the conviction that outstanding territorial disputes should not escalate into armed confrontations.
By 2003, ASEAN had signed several agreements by which member states promised to uphold peace, neutrality, cooperation, non- interference and respect for national differences and sovereign rights.
The ASEAN regional forum (ARF) which was established in 1994 is the organization that carries out coordination of security and foreign policy.

It also likes to improve the existing ASEAN dispute settlement mechanism to resolve economic disputes
ASEAN has focused on creating a Free Trade Area for investment, labour and services. The US and China are too negotiating FTAs with ASEAN.

Q. In what ways does the present Chinese economy differs from its command economy?

After the inception of the People’s Republic of China in 1949, following the Communist Revolution under the leadership of Mao, its economy was based on the Soviet model. China severed its links with the capitalist world.

The object was to create state – owned heavy industrial sector from the capital accumulated from agriculture. As a result of this economy, China was able to establish the foundation of an industrial economy. The economy grew at a respectable rate of 5 – 6%. But industrial production did not grow fast, international trade was minimal  and per capita income was very low.

China ended it political and economic isolation with the establishment of relations with the United States in 1972. Premier Zhou Enlai proposed four modernizations – agriculture, industry, science and technology and military  in 1973.

By 1978, Deng Xiaoping announced the ‘Open door policy’ and economic reforms in China. The Policy was to generate higher productivity by investments of capital and technology from abroad.

Policy of privatization of agriculture in 1982 was followed by the privatization of industry in 1998. Special economic Zones (SEZ)were set up where foreign investors could invest and set up enterprises.

As a result of these  developments, the Chinese economy grew at a faster rate. There was a phenomenal rise in foreign trade. China has become the most important destination for foreign direct investment.

Q. Explain the factors responsible for the rise of the Chinese economy?

As a result of these  developments, the Chinese economy grew at a faster rate. There was a phenomenal rise in foreign trade. China has become the most important destination for foreign direct investment.

The main events in the Indo- China relations are as given below:

Q. What are the objectives of establishing regional organization?

The objectives of establishing regional organization are as given below:

Q. How does geographical promixity influence the formation of regional organization.

Geographical proximity influence the formation of regional organizations because the countries of a region face similar problems. For example before and after the second world war, the south east asian countries suffered the economic and political consequences of repeated colonialisms, both European and Japanese. There were common problems of nation – building, the ravages of poverty, economic backwardness and the pressure to join one bloc or the other during the cold war. There was no informal cooperation and interaction. Thus, ASEAN was established by the South east Asian countries. Similarly the effects of the Second World War brought the West European States closer to each other. Marshall Pan, OEEC, Council of Europe, European Economic Community, European Parliament and ultimately European Union were various steps in this direction. If the European Union has succeeded in creation of the European Parliament or to have a common currency i.e Euro, it is due to their geographical proximity.

Q. The emerging economies of China and India have great potential to challenge the unipolar world. Do you agree with the statement? Substantiate your arguments.

It is a fact that the emerging economies of China and India have great potential to challenge the unipolar world. China’s economic success since 1978 has made it a great power. China has been the fastest growing economy since the reforms first began there. It is projected to overtake the US as the world’s largest economy by 2040. It has enormous influence in regional affairs. The strength of its economy, together with other factors such as population, landmass, resources, regional location and political influence makes it a powerful country.

Similarly India had adopted the policy of liberalization and globalization. It has made tremendous progress. India alongwith China view themselves as rising powers in global politics and can challenge the unipolar world. If india and China are able to lead a coalition of countries, this coalition would more powerful and may succeed in their aim.