Important judgments on rights of arrestee and detainee 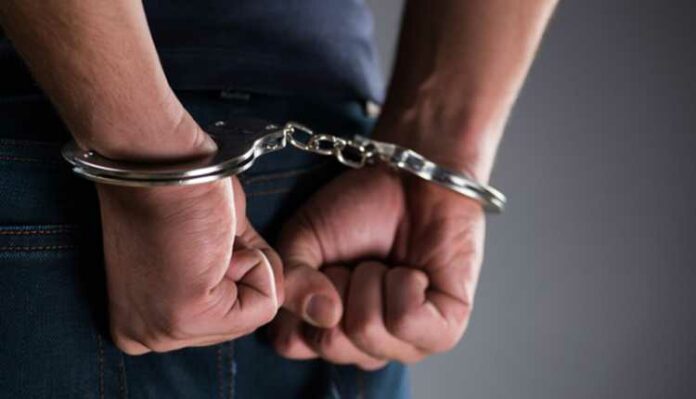 Arrest and detention are among the most important legal procedures in which the accused or suspect is kept in custody by the police. It is essential to hold the accused/suspects involved in a crime so that the police can carry on with the investigation without any hindrances. Holding the accused ensures that there is no tampering with the evidence or interaction with the witnesses. It also helps the police or magistrate to question the detained person about the facts of the crime. Lastly, holding a serious offender ensures no more threat to the public order and tranquillity. However, various rights and protection that the arrested or detained person can ensure are not wronged.

An accused has various arrest and detention rights as enshrined in the Indian Constitution and various other legislations like the Criminal Procedure Code, 1973. However, the Supreme Court and the High Courts have passed various significant landmark judgments, further strengthening these rights.

This landmark judgment was pronounced by the Apex Court to keep checks and balances on the powers of arrest as bestowed upon the police. The case was concerning an arrest made in a dowry case as under Section 498-A of CrPC. However, this judgement is not only valid for Section 498-A of the I.P.C. or Section 4 of the Dowry Prohibition Act but also applies to offences punishable with imprisonment for seven years or less than seven years.

In this case, the police summoned Joginder Kumar for the purpose of an inquiry. Subsequently, he was detained for about five days and also taken to some unknown place, after which a writ of habeas corpus was filled in the SC by his family. It was held that no arrest could be made without proper justification and reasons as it causes incalculable harm to the reputation of a person arrested. Thus, the arrest should be made after due deliberation and after investigation. This is because there have been many reports of misuse of the power conferred on the executive authorities for arrest, detention, and preventive detention. Also, false cases have been framed against people with mala fide intention, and it becomes more important to protect innocent people.

3. Husain Khatoon vs State of Bihar (1979 AIR 1369)-On Right to Speedy Trial and provisions for bail

It is one of the first cases which talked about the conditions of people in jail. It was put forth that many people are in jail due to their inability to afford bail. Also, there are many who continue to be in jail even for very small or petty offenses. Most of the people are found to be in jail even after serving their sentence, and these consist of mainly poor people. Also, it was sought that not all of the prisoners could afford a legal representative. Thus, the reason behind depriving a person of his personal liberty should be just and fair. The State has free legal service for just and fair criminal procedure since not everyone could afford legal aid. Further, a few conditions were put forth for releasing prisoners on bail, which were mainly based on giving bail based on PR bonds. Some of the conditions of this bond include-

In this case, the police officers tortured and blinded 31 individuals who were under trial by pouring acid into their eyes. A writ petition was filed by a lady, Hingorani on behalf of the blinded prisoners. It was contented whether the State was liable to pay compensation to the prisoners for violation of their Fundamental Right under Article 21 of the Constitution. In this case, the Court held that the State was liable to pay compensation as the police officers violated the prisoners’ fundamental rights while acting on behalf of the State. The Court also emphasized the State’s duty to provide free legal service to the poor accused. Since providing free legal service to the poor is an essential element for a reasonable, fair and just procedure, a trial shall be vitiated, and conviction shall be set aside in case no legal aid is provided.

In this landmark case, custodial torture and deaths caused due to it were questioned. A letter was turned into a writ petition and was filed in the State of West Bengal. The case highlighted the misuse of power by the executive authorities and their atrocities on the arrested person. In order to keep the police under check, the Court passed a few guidelines for the protection of an arrested person. These were as follows-

a. The police officers in charge of the investigation or arrest should have exact, visible, and necessary identification which includes their name and designation. These details must be recorded in a register.

b. The police officer has to create a memo mentioning the time and date of arrest, which shall be signed by at least one witness (either a family member or head/respected person of the neighbourhood) and countersigned by the person arrested.

c. The person arrested has the right to inform any of his friend, relative, or other people about his arrest and the place where he is being detained. It is generally applicable when the memo is not signed by a friend or family member or person the detainee wanted to inform.

Under Sec. 50A of CrPC, it is the person’s obligation to make the arrest to inform a nominated person about the arrest.

d. After the person is arrested, he shall be medically examined for any injuries on his/her body. If there is any such injury, it must be recorded in the inspection memo, which must be signed by the police officer in charge of the arrest and the person arrested. The arrestee shall also be given a copy of the memo.

e. While the arrestee is in detention he/she has the right to a medical checkup every 48 hours. This helps in keeping a check on the health of the arrested persons and ensures that the police do not inflict major or grievous injuries to them to get information. It safeguards the person from custodial torture and keeps a check on the power of the police.

f. Arrestee can meet his lawyer during interrogation for some time. This ensures that if there has been any custodial torture, the lawyer can be made aware of it.

g. Information of all the arrestees should be sent to the police control room and state headquarters within 12 hours of any such arrest. All this information has to be put up on the Notice Board.

Failure of a police officer to comply with any of the above provisions will make him vulnerable and questionable in Court. In such cases, the officer will be liable to make compensation to the arrestee. The guidelines, as given in this case, are incorporated under Sec. 41B, 41C, and 41D of CrPC which were inserted in 2009.

A 22-year-old person who was kept in Police custody for the theft offence was tortured, and his mother alleged that it led to his death. She filed a writ in the SC and claimed compensation. The police refused the accusation and claimed that he must have met with an accident since his dead body was found near the railway track. The court held that there was no evidence of search on the part of the police the moment the arrestee was found missing. Also, according to the medical examination the marks found on the body of the arrestee were caused due to blunt objects like sticks, and there was no injury to indicate his death was caused due to railway accident. The court held that the police were responsible for the death and thus, it awarded Rs.1,50,000 as compensation to the mother and a sum of Rs.10,000 to be paid to the Supreme Court Legal Aid Committee. Criminal proceedings were initiated against those responsible for the death of  Suman Behara, the arrestee.

This case and the given significant judgment is important as before this case, and there was no structure for compensation in cases of custodial deaths. There were various cases where no or little compensation was granted in related cases. Thus, this judgment enforced stricter liability and responsibility of the State towards the people.

7. Sheela Barse vs the State of Maharashtra (1983 AIR 378)-On custodial torture of women

In this case, the custodial torture of women was questioned and put forth. In order to protect women from police atrocities, the following guidelines were given by the Court-

a. Female suspects or accused should be kept in separate lockups in reasonably good localities. They are not to be kept with the male suspects.

b. They should be guarded and interrogated by female constables only.

c. The person arrested should be informed about the grounds of her arrest and the right of her to get bail, along with various other rights an accused has.

the State should provide d. Legal assistance to all such arrestees.

In this case, a major judgment was given with respect to the women prisoners and their children. These include-

In this case, a case was registered under the Prevention of Corruption Act against Nandini, the former Chief Minister of Orissa. She was asked to appear before the Deputy Superintendent of Police for interrogation. However, she refused to answer some questions on the ground that they were violative of her fundamental rights against self-incrimination as provided under Article 20(3) of the Indian Constitution. The Supreme Court, in this case, held that-

a. A person cannot be forced or induced to give a statement which may prove his/her guilt. The police officers can not use influence or coercion for the same.

b. The person has to be informed about his/her right to remain silent, right against self-incrimination, right to consult a lawyer of choice and other rights.

c. During interrogation, the person has the right to be questioned in front of his/her legal representative and can also consult him for the same.

Right to silence and right against self-incrimination is a crucial element of any fair trial. Thus, a person can not be forced to make statements admitting their guilt, which is also inadmissible as evidence in a court of law. In addition, causing hurt to a suspect for getting a confessional statement is punishable with imprisonment up to seven years.

a) No person shall be kept in solitary confinement until the court orders so. A person can be confined separately but not left alone.

b) District Magistrate has to inspect the jails in order to keep a check.

In this case, handcuffing of a person was held to be violative of Article 21 of the Indian Constitution. Thus, the police can handcuff a person only with the permission of the court.