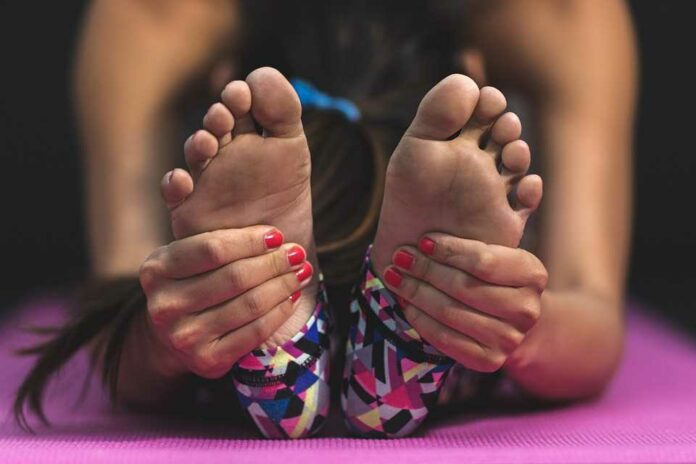 Premenstrual syndrome is the bunch of problems with what every woman and girl once in a lifetime suffered before a week or two of the actual menstrual period. Shortly it is known as PMS. There are various symptoms included in PMS. Almost eight among ten girls affects with PMS in larger or in the least way.

These symptoms categorised into three parts: physical, mental or even emotional:

Exhaustion — Loss of focus due to discomfort

Doctors believe that the cause of PMS is the sequence of chemical changes in the body due to hormonal imbalance during menstruation. Though the actual cause of PMS is not known. Not all girls or woman suffer at the same level, but it’s quite common among in female who is in the late 20s and early 40s. Other factors which can trigger the PMS symptoms are like sedentary lifestyle, smoking habit, depression and improper diet, and it may result in even the worse PMS.

Apart from the regular symptomatic medical treatment expert and doctors also advises doing the 30 minutes of daily exercise, which can ease the PMS. And one should quit unhealthy habits like smoking; start eating healthy food and also eliminate any stress.

Focusing on the exercise part

Yoga is one of the most ancient cultural heritage of India. Patanjali wrote the Yogasutras. The whole system of yoga is built on three central systems: exercise, breathing and meditation. It is a science that affects not only the conscious self but the subconscious as well.

So the combo of the whole unit can be used to relieve the different aspect of physical and mental well-being of various areas of body and mind. Yoga also believes to be helpful in different symptoms of premenstrual syndrome. Here are the numerous yoga positions which can be practising by the female daily; in this way, they can ease the symptoms of pre-menstruation.

Bhujangasan /Cobra pose or back extension

Among all, the most common symptom is back pain. In this pose, one can stretch the back in a prone lying position. It massages the abdominal organs and stimulates the glands. In addition to that, it increases the blood flow to the pelvic areas, so it results in the relieving menstrual discomfort, gynaecological backache, abdominal and pelvic stress.

The second most common symptom is muscle cramps. Though it is not mandatory to have cramps in calves muscle, most of the female have a common complaint of calves cramps. And Paschimottanasana stretches the hams and calves thus helpful in pain. It is also beneficial in emotional symptoms like headache and anxiety.

While the vast majority of yoga have a curative and therapeutic value, there are several yoga Asanas which are purely for relaxation. Relaxation is one of the crucial factors in PMS physically as well emotionally.

The essential element of Savasana is to soften the body and mind. Feel the support of the ground/floor beneath you, and focus on the breathing. By controlling the breath with deep inspiration and expiration, one can redirect attention away from pain.

Sometimes it’s difficult to focus on anything when suffering from menstrual pain, but this pain and distress shouldn’t bother activities of daily lives.

It is the reclined Asan which relaxes the body and also used for meditation. It is highly useful in reducing fatigue and anxiety. It balances the functioning of abdominal organs, thus minimise the stress of PMS.

This is one of the famous pose used in relieve of menstrual discomfort. It is performed in supine position then twist the one hip over another leg from the lower spine area. It stretches back & glutes, massages those areas including the abdomen, increases the blood flow thus very beneficial in menstrual relief.

One of the most common poses for core strength. It is performed by achieving the balance on the tripod of the sitting bones and tailbone. It helps reduce oedema, strengthen legs, fasten the digestion, massages and improves blood flow to abdominal and pelvic areas. So that it can be practicable to relive the PMS symptoms.

Pawanmuktasana or knee to chest pose

One of the most effective poses for menstrual discomfort is the knee to chest exercise. This posture relaxes as well as stretches the lower back and abdominal muscles, relieve tension and reduce pain. The knees-to-chest pose also improves circulation to the abdomen, the internal organs, softens the mind, and reduces anxiety.

During this pose, one can rock from side to side and front to back to have a self back massage.

Virasana or face down hero pose

Helpful for the uterus and ovarian disease, menstrual disorder. And it relieves mental and physical fatigue as well.

By stretching the lower back muscles, hero pose will soothe backaches while also calming the mind.

Konasan or cobblers pose in sitting & in lying

Constipation & Diarrhea are par for the course when it comes to periods. This pose can help. Not only soothes digestive system, but it can also encourage relief from muscle cramps,  it stimulates ovaries making it a reproductive health power pose. If one feels fatigued, Spending some time inbound angle—it’ll help to feel energetic.

It is also helpful in menstrual induced anxiety. Reclined bound angle is similar to required edge, but you’re leaning on the back.

This Asan is implied for those females who suffered from Uterus, ovarian problem, menstrual discomfort, insomnia, anxiety; it believes to be beneficial in pelvic congestion. So it’s beneficial in almost all symptoms of PMS, thus if one can practice this yoga, then there is least chance of one to suffer from extensive PMS.

Reclining Hero Pose is a supine variation of hero pose, which provides a deeper stretch to the thighs, hip flexors, and ankles than the previous position.

It is highly remunerative in physical menstrual disorder as well as a menstrual mental disorder like anxiety and tension etc.

It is indicated in Menstrual disorder and to ease the pelvic congestion.

It is performed in lying on back position with knees bent. While focusing on breathing one have to arch the back and lift while keeping head on the floor.

This Asan has numerous health benefits including it can beat the menstrual pain through the practice. The fish pose provides a gentle stretch to the spinal, hip flexors, stimulates the abdomen region, increases blood flow to the pelvic areas, and decreases lower back pain. It also relieves aching legs

A great pose to relax your mood, the Bridging reduces backache and headache, anxiety and fatigue. But to get the best benefits for relieving menstrual cramps, one should do it supported fir an example stack of blankets or pillows will work well.

Taking as whole yoga helps in strengthen, stretch and align the muscle, tone the body, improve to achieve better posture, enhance digestion, better circulation, improve sleep, decreases pain, Improves mood, decreases anxiety a depression. So the practising of the yoga daily is advisable not only for females but for individuals.