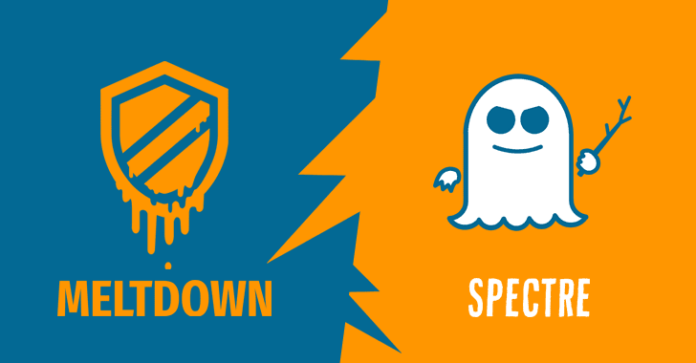 Meltdown is a flaw occurring in the processor, the researchers have so far highlighted. Processors are the devices, encoded and fixed inside the CPU. This malware affects nearly all the processors embossed on different computers and Smartphones. Either it can be the operating system on Linux, Windows or it might be an Android for Smartphones these all are impacted by such vulnerabilities. Moreover, Smartphones and computers without any anti-virus software are vulnerable to such malware troubles.

WHY ACTUALLY IS THIS CAUSING AN ISSUE OF SECURITY?

Security is a task we always keep prior to anything on a device. We try to avoid keeping junk files from our devices by installing various cleaning applications. When we go to various websites, we find our different troubles related to devices which make them vulnerable them vulnerable to the malware. Some of the malware is detected easily, but some of these are yet behind the curtains, unrevealed. Out of all malware, MELTDOWN is one which has come to the notice of researchers.

The researcher suggests that this issue is based on the processors and its “speculative executions”.

Now, what is speculative execution?

Speculative execution is the performance-based execution process through which processor is guided to follow the most optimized path of any program. An optimized path is a track followed by any program using minimum required memory and time complexities. The processor also predicts for the next path to be taken on the computer and when this prediction fails the execution is rolled back. The processor is principally used to advocate the trail for the processing purpose of the CPU. Now, this speculative execution relies upon the Kernel memory of an operating system and need to be protected. Kernel memory stores the crucial information of any device such as passwords, encrypted codes.

Meltdown is termed so as it “melts” down the boundaries of the processor upsetting the stored memory inside it. This vulnerability allows the attackers to crack the java scripts from your computers and access the device’s kernel memory easily. Cracking of encrypted data has never been so simple yet; this malware has succeeded in its task to break these boundaries of security. This would be definitely a big issue of security which is nowadays has become a matter of concern.

CPU vulnerability involves the decoding of encrypted details stored in the processor. Moreover, this issue has been seen in INTEL processors and researchers say that it has been impacting it for last 10 years. But, meltdown now affects nearly all modern processors like Intel, ARM, and AMD etc.

AVOID IT BY UPDATION:

From centuries devices are covered with multiple possibilities of viruses and malware. Each time we find an easy solution for such software related problem. But, sometimes it is not even able to detect the issue and when it is detected it is not easy to find a solution so easily.

Yet, there is no proof of this type of vulnerability, but researchers of Google Project Zero’s team were able to crack the virtual scenario of meltdown malware. Google is able to form a virtual machine to create a set for checking the freshness of the malware. They say that if meltdown has started to impact your computer than it is going to exploit it and hiking to new levels of security. They had suggested an industry to provide updates to their systems otherwise it is very easy to get into someone else’s device so easily. Many Smartphones and computer companies have launched a new updated which automatically gets installed on the devices. Snapdragon, windows etc are some OS, which has automatically updated three versions.

IS YOUR SMARTPHONE AFFECTED?

Well, the research says Android and iOS devices have been affected due to this malware, and most of them are yet unfamiliar. It is always raging towards Android users who are always concerned about their security issues in devices, but yet no such processor is designed which is completely invulnerable. Some processors are vulnerable to spectra and some are in meltdown but no one is completely safe. These devices come with different types of applications which timely clean the junk file from your devices. Applications have always been a supporting system to avoid the maximum of the issues, but it is not always possible to detect the problems using applications. It is best to install anti-virus on your devices, but sometimes these anti-viruses to contain malware. It is always preferred to use the operating systems which are licensed by some company. It is always recommended to use anti-virus under licensed features of the software. Well, devices will always be under the stress of malware else no new device would be able to launch ever.

Android users are still vulnerable towards this malware attack only option to be on the safe side would be updating your devices soon!! Apple watches users will rejoice as they have their own APPLE OS, which is invulnerable any of the malware!!

It’s definitely a haunting topic of security, but all we can do is pass the vital information and make the users the SECURE USERS. Security is never an option for any of the devices, but a duty which needs to be fulfilled properly. Hackers, crackers, malware and viruses are part of smartphones and computers, which always allow companies to include new features and add up to a new device.

Gadgets are something which can never face recession and yet they are still in great pace to add up new things every day giving this world new device, new software and with more secured applications and processors.