HMD Global a Finnish Company, Who owns the right to produce Nokia smartphones have launched the Nokia 6 Smartphone as an exclusive flash sale on the Amazon from the next month. The Original Premium Mid-Range Nokia Priced at Rs.14, 999 and will be exclusively available through Amazon.

This Android Powered smartphone announced in Barcelona by the MWC (Mobile World Congress) in March. Nokia 6 Smartphones will have a 3 GB of RAM and an on-board 32 GB of storage space which is expandable with MicroSD card. It comes in Uni-body aluminum design with an 8 mm thickness. This device features 5.5-inch Full HD Display panel protected by Corning Gorilla Glass 3. Android Nougat 7.1.1 Pre-installed in this device which is out-of-the-box, UI (User Interface) almost near to Stock Android.

This smartphone is Powered By Quallcomm’s Snapdragon 430Soc Octa-core Chipset with Adreno 505 GPU and 3000 mAH of the battery. Fingerpring Scanner on the front , Dual SIM, NFC added extra functionality to the Nokia 6. 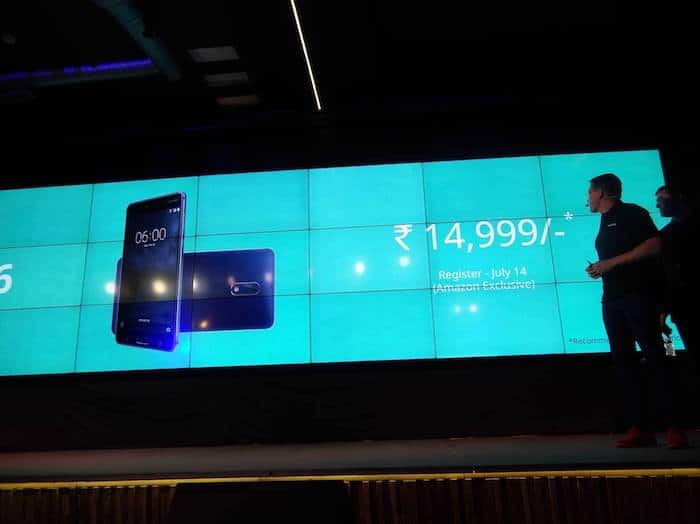 The Camera arrangement includes a 16 MP PDAF, 1.0um, f/2, dual tone flash on the back and a front-facing 8 MP AF, 1.12um, f/2, FOV 84 degrees shooter. It runs on Android Nougat 7.1.1 out-of-the-box and the company has also promised for the regular updates on the monthly basis including the Security patches. This Smartphone also features Smart amplifier (TFA9891) with Dolby Atmos® surround sound with a set of speakers. 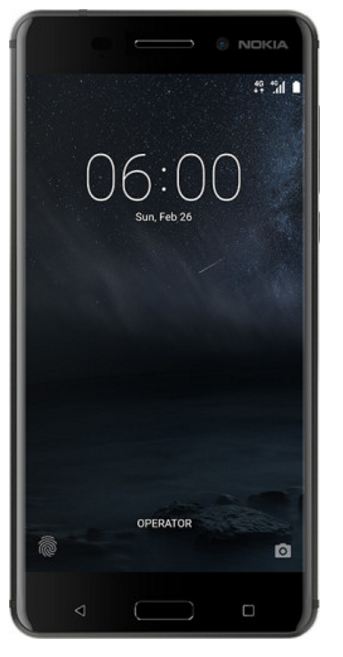 Nokia 6 will be available on Amazon exclusively for a sum of Rs 14,999 in July and you can also avail cashback if you are a Prime member of the Amazon and this offer will only apply to those users who Pay using Amazon Pay. Nokia is also setting up the service centers in over 300 cities pickup and drop facility is only available in a few major cities. Only the sad news is that the Nokia 6 will be available in July 2017.

A brand new device from Nokia coming this July to join the mid range smartphone category to rule the world again. Nokia is not just a brand for India, People still use old generation phones of Nokia Such as Nokia 3310 old, Nokia 1100 etc. People love the quality, service, and uniqueness which was delivered in their previous phones. Now the time has changed and so many Smartphone including the Giants companies has entered the smartphone markets in India, So Let’s See How the Nokia Will Change the Game