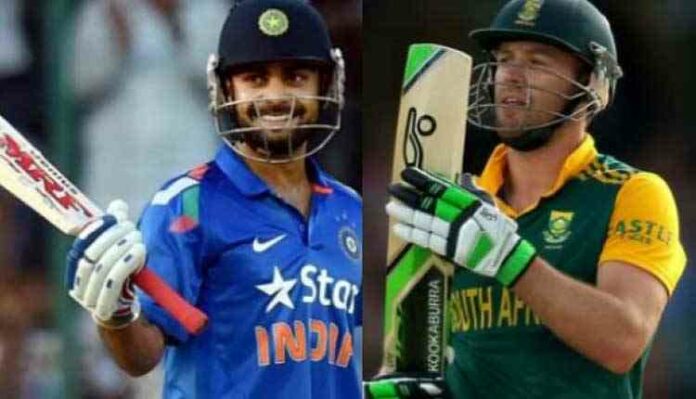 Well to start off, ever since readmission of SA in Cricket, they have time and again brought some very big names and solid teams with bilateral series as well as world tournaments. But their inability to choke under pressure has left them devoid of any major world title. On the other hand, India was always the weaker side and before the turn of the millennium wasn’t even considered a tough opponent. But slowly and gradually things fell into place and India became a giant in World Cricket.Now, under the able leadership of Mr. Kohli, India is prospering and going along smoothly. Wait, did I speak too soon?

Yes, India has a clear edge over SA when it comes to global tournaments. Damn, India hasn’t lost to them since 2012 in Global events. But when it comes to bilateral series, they clearly hold the edge. They also defeated India in the limited overs series in 2015 held in India but went on to lose the Test series. Cricket’s biggest irony is, therefore, South Africa. The toughest opponent to beat; the easiest one to choke.

Well, all of the reputation that both of the teams have had in the past is going to be put to rest with a grueling tour on the verge of commencement. India will visit SA for 3 tests, 6 ODIs and 3 T20s starting from 5th of Jan next year. Whatever be the case, if India can put up a fight and come out on top in these alien conditions, I think India will be up in a golden era of cricket much like Australia had a decade ago.

It all started with the World Cup win in 1999 and then in the captaincy of Ricky Ponting, Australia ushered an era of greatness where they conquered almost everything and anything wherever they went.

Well stats threaten to deceive even the best of minds but they can’t be ignored too. In 33 Tests matched head to head, India has won 10, SA 13 and 10 Tests have been drawn. In 77 ODIs the record is tilted towards SA, 45-29 while in 10 T20s, India holds a slight advantage 6-4. India has never beaten SA on their home turf in a Test series. Virat’s men have a chance to rewrite the history books.

The anticipation of this tour is mind-boggling. AB de Villiers, Hashim Amla and QdK are just some of the big names in the SA line up. The captain Faf du Plessis, who according to me is their best bet against India. Having said that, Dale Steyn and Morne Morkel alongside Rabada from the best fast bowling attack in the world. But let’s look at our side too. India aren’t short of quality in the batting order. Murali Vijay, Cheteshwar Pujara and Ajinkya form the core of the batting line up. Virat Kohli, the captain and the messiah of this Indian team, known to score big tons for fun will be tested against the pace heavy attack. But as we know, this man has the capability, the temperament and the confidence to score runs wherever he goes and under any kind of circumstances, he is going to be the best bet of our side.

So I am looking forward for an enthralling series and I hope India can at least show a stomach to fight as they so often have been accused of not putting up one on previous tours. But we have every reason to believe that this time it’s all going to be different. We have all the arsenal in the world to match them shot to shot and ball to ball and run to run. I know India will give SA a run for their money.